Ray Hamill/HumboldtSports.com – The Eureka Loggers moved up one spot this week in the latest MaxPreps NCS rankings.

The Ferndale Wildcats (2-1) continue to make noise in the Division-7 rankings, moving in the right direction for the second straight week.

Eureka (1-3) moved up one spot to No. 7 in Division 5 after a 32-7 victory at winless Montgomery, while Fortuna drops four spots to No. 8 after losing the Milk Can game.

Del Norte (4-0) remains deadlocked at No. 2 in the same division after another lopsided win at Petaluma.

They trail Encinal out of Alameda, which also continues to impress.

And speaking of impressing, St. Bernard’s (4-0) won an exciting showdown at La Salle in Oregon by a score of 43-41 on Friday, but slipped one spot to No. 3 in the Division-6 rankings, with Justin-Siena taking over at No. 2, and Kennedy remaining in top spot. 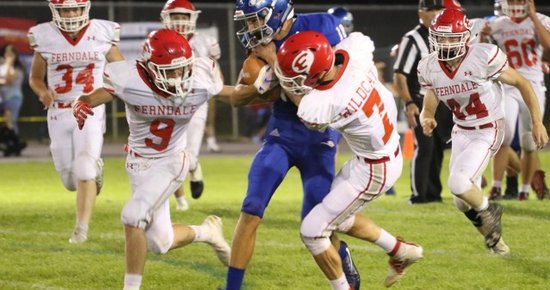