A pair of local teams will put their unbeaten runs on the line with tough road challenges this weekend.

The Del Norte Warriors and St. Bernard’s Crusaders are each off to impressive 4-0 starts, but each should be tested against tricky opponents away from home.

Del Norte heads to Klamath Falls to play Mazama on Friday night, the No. 32 ranked team in Oregon, according to MaxPreps.

St. Bernard’s, meanwhile, doesn’t have to travel quite so far, heading to Ferndale on Saturday to play a rejuvenated Wildcats team that is 2-1 and fresh off an impressive Milk Can victory.

Also in action this weekend, Eureka (1-3) returns home to host Shasta (1-2) at Albee Stadium on Friday night, while Hoopa (0-2) hosts Trinity (0-2) in a matchup of two teams looking for their first win.

For more on Eureka’s game, see Loggers look to build on last week, welcome back Meynell …

The Warriors are coming off back-to-back-to-back dominating wins, where they have outscored their opponents by a combined 153-14.

Tougher challenges lie ahead for the Warriors, including this weekend against a Pirates team that is also unbeaten on the season and coming off a 15-13 win over Cascade High.

For comparison sake, Del Norte (No. 2939) is more than a thousand spots ahead of the Oregon school (No. 3993) in MaxPreps national rankings.

The Warriors have dominated their opponents physically through the opening four weeks with several different skill players contributing, including a number of talented running backs.

The Tigers will look to make it two straight wins when they host Balboa out of San Francisco at the Redwood Bowl in the second of three straight home games for Arcata.

Last week, Arcata came from behind to beat Willits 20-7 with a dominating defensive performance.

Head coach Jamal Jones will be looking for more of the same from his players, particularly along both lines, where the home team will look to set the tone.

There will be no JV game.

Both teams will carry some momentum into this weekend’s rivalry matchup between two schools that dominated the Little 4 for decades up until last season.

The Wildcats have won two straight games, including a hard-fought 13-7 win over Fortuna in the annual Milk Can game last weekend.

The Crusaders are unbeaten and have been putting up plenty of points, averaging almost 42 a game.

They’ve also been playing some outstanding defense, despite giving up 41 points a week ago to a far bigger La Salle team in Oregon.

The Crusaders took it easy on the practice field this week after a physical game against the Oregon school.

This weekend, head coach Matt Tomlin and his players will look to spread the field in order to test a Ferndale team that was able to contain the Huskies offense a week ago.

“We want to play sideline to sideline and goal line to goal line, and use the entire field,” Tomlin said.
The SB coach is also wary of a Cats team that will carry some momentum into the game.

“They’ve got a new confidence about them,” he said. “And you always respect a team playing with confidence.”

No JV game here either.

The young Cubs are riding a two-game winning streak but will have their hands full on the road against a strong Branson team.

The Bulls are 0-1, but they barely fell 66-62 to a Cornerstone Christian team that blew by South Fork 68-12 on opening weekend.

The Cubs are improving, but this will be a tough challenge.

Having said that, it seems bizarre that a Branson team with 29 players is playing eight person football.

There should be rules against that. 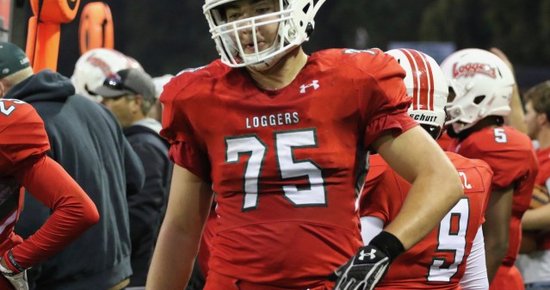 Loggers Look to Build on Last Week, Welcome Meynell Back