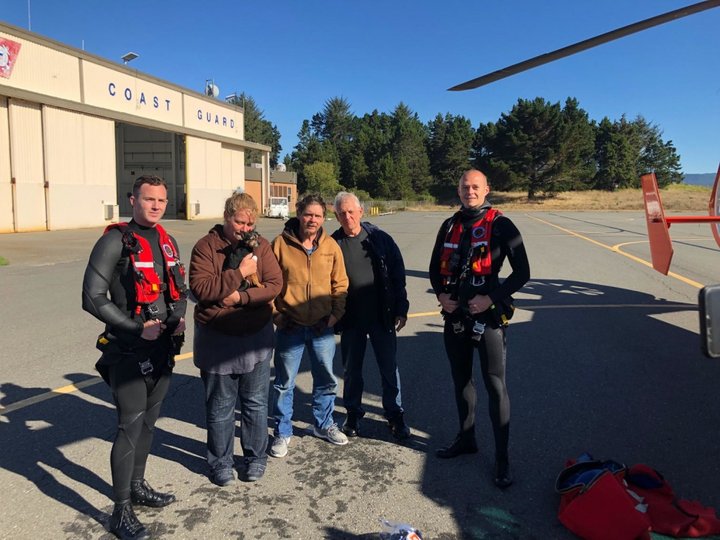 Upon arriving on scene with the sailboat, the Dolphin crews deployed their rescue swimmers and hoisted all three passengers and their Chihuahua aboard.

The passengers of the Misfit were transported to Sector Humboldt Bay in McKinleyville where they were met by awaiting emergency medical services personnel.

“I’m very proud of the response that our helicopter and command center crews provided on this rescue,” said Cmdr. Brendan Hilleary, the Sector Humboldt Bay Response chief. “Their professionalism and decisive action were the key to a successful outcome.”

The crew consisted of a 52-year-old male captain, a 72-year-old man and a 42-year-old woman, who reported they were on a journey from Washington and headed to San Francisco when the sailboat became disabled.

No injuries to the crew or Chihuahua were reported.
The Coast Guard recommends the following safety tips for boaters and paddlers: