File photo – The McKinleyville JVs are 5-0 on the season after a big win at Hoopa on Friday night.

Friday was a good night for some local JV football squads, with big wins for Eureka, Del Norte and McKinleyville.

The Loggers won 26-0 at Ukiah, giving Eureka a pair of shutout wins on the night after the varsity team also won 27-0.

With the victory, the Eureka JVs improve to 3-3 on the season. They had an earlier loss to Windsor switched to a forfeit win after it was discovered the Jaguars fielded an ineligible player.

Del Norte and McKinleyville, meanwhile, continued to roll with comfortable road wins keeping each undefeated on the season.

The Warriors got the better of Fortuna in Crescent City by a score of 51-8, improving to 4-0, while the Panthers traveled to Hoopa and dominated in a 60-7 win, improving to 5-0.

The Hoopa Warriors, who got the better of Trinity 29-0 a week ago for their first win, are now 1-2 on the season. 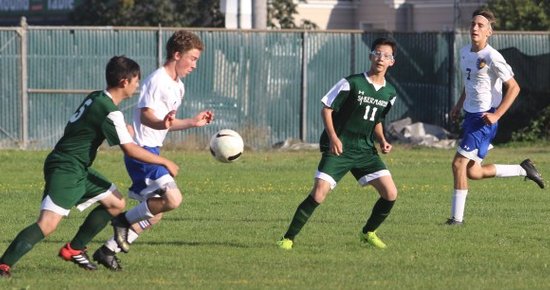