The Eureka Loggers got back to winning ways in boys soccer on Saturday, coming away from Del Norte with a hard-fought 3-2 win.

The victory ends a two-game losing skid in H-DNL action for the Loggers, who improved to 3-2 in league play.

Also in action on Saturday, the Arcata boys defeated McKinleyville 3-2, while on Friday, South Fork shut out St. Bernard’s 5-0 in Eureka.

In girls action on Saturday, Arcata defeated McKinleyville 7-1, while Eureka won by forfeit over Del Norte, which was unable to field a team.

No details were available for the Arcata boys win.

Tanner Curran netted a hat trick as the Cubs got their first H-DNL win on Friday evening, comfortably getting the better of St. Bernard’s at Crusader Field.

Curran added an assist for the 1-3-1 Cubs, who opened up a 4-0 first-half lead and never looked back.

“We were happy with the win. The first half was great,” South Fork head coach Kelly Paine said.

Ethan Kulchin added a goal and an assist, while Cameron Messenger scored on a brilliant long-range shot.

Jayden Paine also had a good game for the visitors, anchoring a solid defensive effort.

“It’s our defense that’s really killing it right now,” the head coach said. “The shutout, that was our goal.”

Ben Hyuan had a good night in goal for the Crusaders, who dropped to 0-2 in league play.

Senior Justin Keffer also stepped up defensively for the home team, while up front brothers Joseph and Brayden Luna each caused the visitors numerous problems.

The Loggers let a lead slip away for the third straight game on Saturday, but dug deep this time to pull out the win thanks to a late unassisted Micah Duncan goal.

Luis Romero had a big game for the visitors, scoring the opener off an assist from Jesus Parra, and then providing the assist on a wonderful Christian Bravo goal from 25 yards out.

The Loggers led 2-0 at the interval, but saw the advantage slip away when the Warriors netted twice early in the second half.

The visitors responded in perfect fashion, however, thanks to Duncan’s late goal.

“We’ve been there before, against Arcata and against McKinleyville, and I think we’re starting to learn from our lessons,” said Eureka head coach Eddie Garcia, whose team lost to Arcata and Mack in the past seven days after leading in each game.

Romero continued his impressive season for the Loggers, causing the home team several anxious moments in attack, in what was a good team effort.

“They all stepped up,” Garcia said of his players. 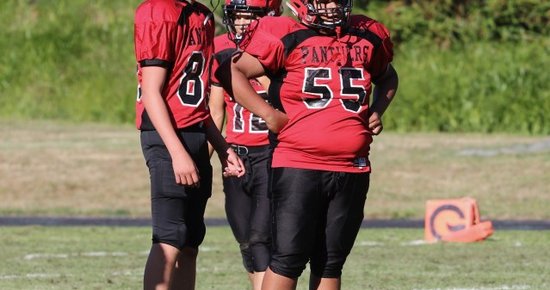