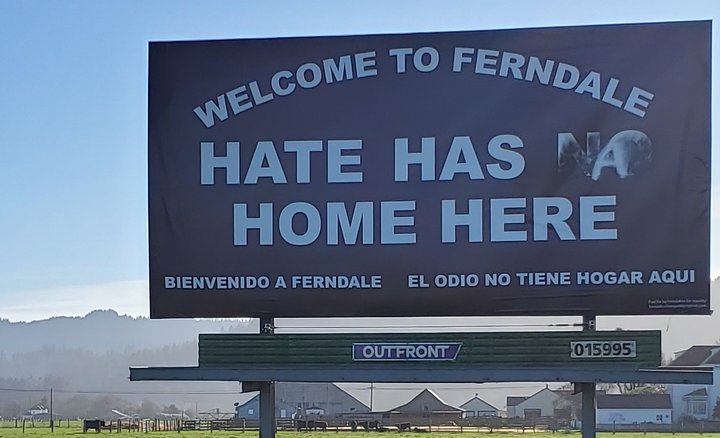 Photos of the vandalism provided Outpost by readers.

An anti-hate billboard along Ferndale’s Main Street that read “WELCOME TO FERNDALE” and “HATE HAS NO HOME HERE,” was recently vandalized.

Multiple readers (who asked to remain unnamed) sent the Outpost these photos of the vandalization, which they believe occurred sometime over the holiday weekend.

After receiving a shoddy paint job, the Billboard now reads “HATE HAS A HOME HERE” — a confusing message that seems to be either pro-racism or anti-Ferndale.

The Outpost reached out to multiple Ferndale City Council members today about the billboard, but has not received a response.