Redwoods Men and Women Both Climb in the Polls »

The Crusaders and Huskies served up another entertaining game in boys basketball at St. Bernard’s on Monday night, with just two points separating the two teams for the second time this season.

This time, however, it was the home team that won out, 60-58, evening the season series between the two.

“The boys are just really gelling together and getting better and better every game,” St. Bernard’s head coach Steve Thrap said. “And they just play with so much heart, it’s fun to be around.”

In a back-and-forth game, St. Bernard’s trailed by eight at halftime but outscored Fortuna 20-5 in the third quarter to lead by eight heading into the fourth.

The visitors made a late run but the Crusaders held on for the narrow win.

“(Fortuna head coach) Tony Miles is obviously doing a fantastic job with that Fortuna group, and getting everything out of his team he possibly can,” Thrap said.

Remy Campbell scored a game-high 18 points for the Crusaders who improved to 9-5 after a fourth straight win.

It was second highly entertaining clash at the school in three days, after the Crusaders rallied from a double-digit deficit to beat Hoopa in their Little 4 opener on Friday night.

The Huskies dropped to 8-10, but are 2-0 in the Big 5 with a huge showdown at home to Del Norte on Wednesday night.

The Crusaders will host Ferndale in the Little 4 on Friday night.

The Eureka Loggers got a much-needed win at Ferndale on Monday night, with a balanced team performance offensively.

The Loggers, who dropped a pair of tough Big 5 games last week, were led by Grant Berrera with 10 points, while teammate Jaeden Thayer scored nine.

Garrett Christiansen scored a team-high nine points for the Wildcats, who are now 12-5.

Miles Meynell, CJ Chaidez and Jackson Giacone each also scored eight points for the Loggers, who improved to 11-6.

The Loggers will play at Arcata on Wednesday night, while the Cats open the Little 4 at South Fork, also on Wednesday. 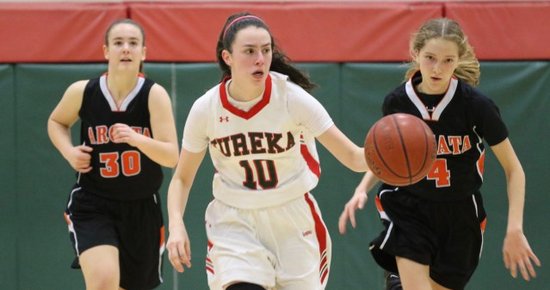 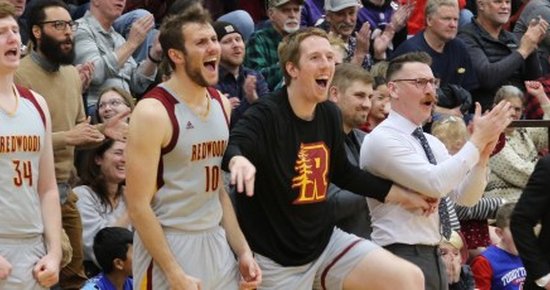