Hall of Fame HSU Coach Frank Cheek Passes Away at 82 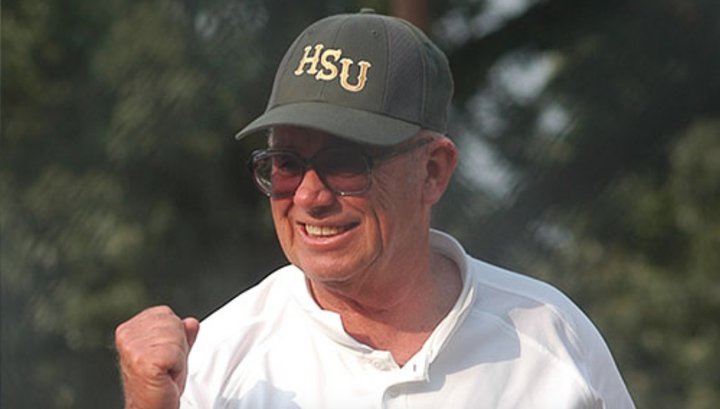 This past Saturday, legendary Humboldt State University Coach Frank Cheek passed away at the age of 82. His long career at Humboldt State included 22 years coaching wrestling and 25 years coaching softball.  Most recently, Cheek was inducted into the California Collegiate Athletic Association (CCAA) Hall of Fame.

Besides the CCAA Hall of Fame, Cheek’s coaching excellence landed him in five Halls of Fame: National Fastpitch Coaches Association, San Francisco State Athletics, California Wrestling, and Ceres High School. He is the all-time winningest coach in Humboldt State history with 1,148 wins in softball and 270 in wrestling. Cheek directed softball to 13 seasons with 50 or more victories, and HSU won a school-record 60 games in both 1998 and 2005. He retired after a 2013 national championship game appearance.

Cheek coached over 50 All-Americans and over 155 All-Conference honorees during his coaching career at Humboldt State.

Frank was best known for his loyalty to his family, coaches and players, his competitiveness, and his ability to find humor in even the most difficult circumstances.

Recently he reflected on his life and said, “I’m not worried about dying. I’m going to a better place. I won’t have any pain. I’ll see some friends. I may see my mother and father. I’m kind of looking forward to it in a way. If I go tonight, don’t weep for me. Say, ‘Hey, he had a great run.’ I love to sit in my den where I have team pictures from all my teams hanging on the wall. I remember when all these pictures were taken. I have a story about each face on each picture. My life is in the pictures in this room. I wonder if they will let me have this room in heaven?”

Cheek passed away this past Saturday in his chair sleeping, watching Fox News. His family was surrounding him, eating breakfast.  He drifted away from us without a bit of pain or struggle quietly in his sleep.

He is survived by his wife of 60 years, Mary Lou, his daughter Teresa, and his grandson Sean. A Celebration of Coach Frank Cheek’s Life will be held on June 27 with a site to be determined.