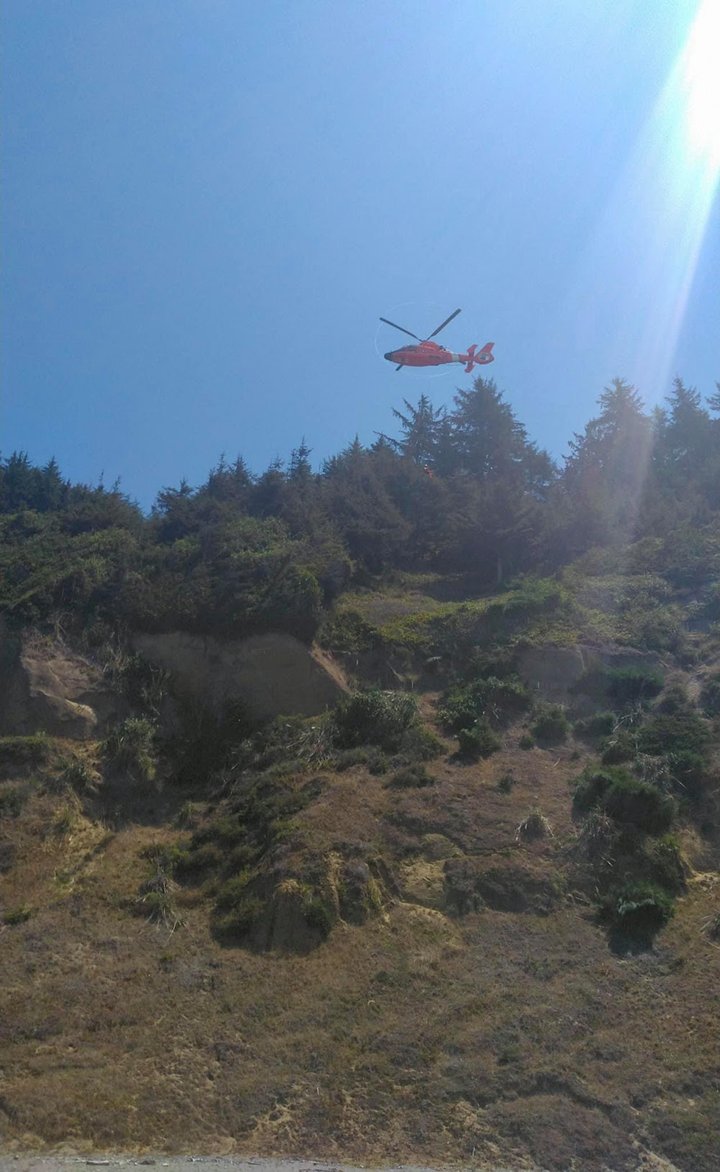 Photo of the rescue provided by the U.S. Coast Guard.

The Coast Guard rescued a man off of a cliffside near Patrick’s Point, Friday afternoon.

Coast Guard Sector Humboldt Bay watchstanders received a report from Calfire stating that a man was stranded on a cliffside between Patrick’s Point and Big Lagoon.

The aircrew arrived on scene at 1:00 p.m. and began their search for the missing person.

The aircrew lowered the rescue swimmer, hoisted the man into the helicopter and returned to Sector Humboldt Bay.