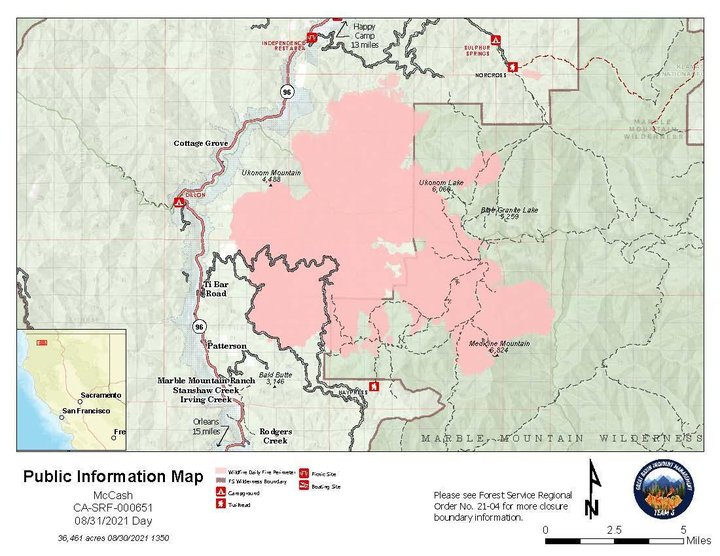 The McCash Fire burning east of Highway 96 in the Klamath National Forest has grown to 38,906 acres and remains 1 percent contained.

A team of 443 firefighters is actively working to contain the fire, including three crews, 13 engines, five dozers seven water tenders and three aircraft.

“Active fire behavior on the north side of the fire created a spot across a contingency dozer line in the area of Bishop Ridge,” the fire’s incident management team stated this morning. “Large air tankers delivered multiple loads of retardant around the spot fire and along the north side of the line in support of the burnout operation. Crews conducted six miles of burnout on the south side of the line to create a buffer between the dozer line and the approaching fire.”

Highway 96 remains open to both directions of traffic.

For the latest evacuation information use the Siskiyou County Evacuation Map.

The Monument Fire burning along highway 299 in Trinity County between Burnt Ranch and Weaverville is now 170,945 Acres acres in size and is 29 percent contained.