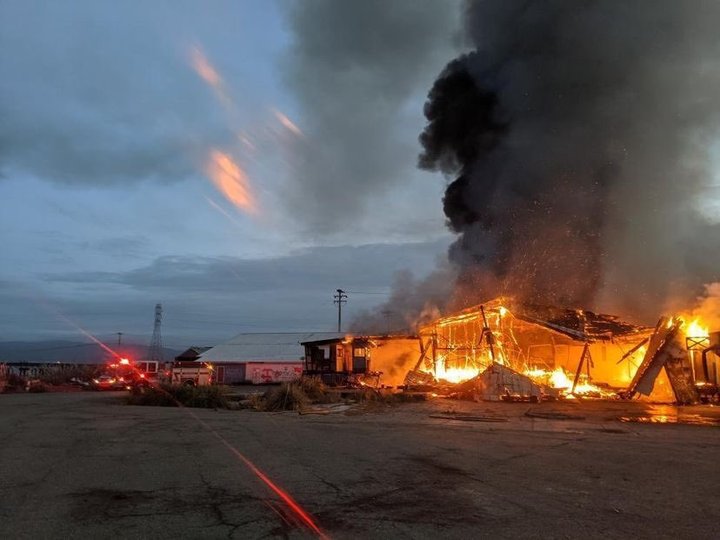 (Manila, CA) – February 11, 2021 – After receiving new information about the structure fire that occurred on February 9, 2021 at the old Emmerson Mill, the Arcata Fire District (AFD) now believes the fire to have been intentionally set. The preliminary cause was listed as a discarded cigarette but this is no longer believed to be the situation that occurred.

On February 11, 2021, AFD received a call from a concerned citizen that had been hiking in the dunes when the mill fire started on February 9th. The citizen saw a second fire in the vegetation just north of the structure fire. The citizen called 911 to report the fires. Thinking it was odd for two fires to be occurring at the same time, the citizen contacted AFD to share what they saw. After receiving the call, an AFD Investigator went back out to the property and located the area where the second fire occurred.

AFD was not aware of the second fire when they responded to the structure fire because it had burned out on its own. After investigating the second fire, AFD is confident that both fires are related and human caused.

Battalion Chief Campbell reports: “This was not a coincidence. Two fires occurring at the same location and the same time is intentional. We need the community to help us find who is responsible.”

Two people were seen near the old mill building smoking cigarettes approximately one hour before the fire started. AFD is looking for information that may help identify who the two people were.