« Four Inmates at the Humboldt County Jail Overdosed on Fentanyl Over the Weekend, Says Sheriff’s Office; All Were Saved by Emergency Doses of Narcan 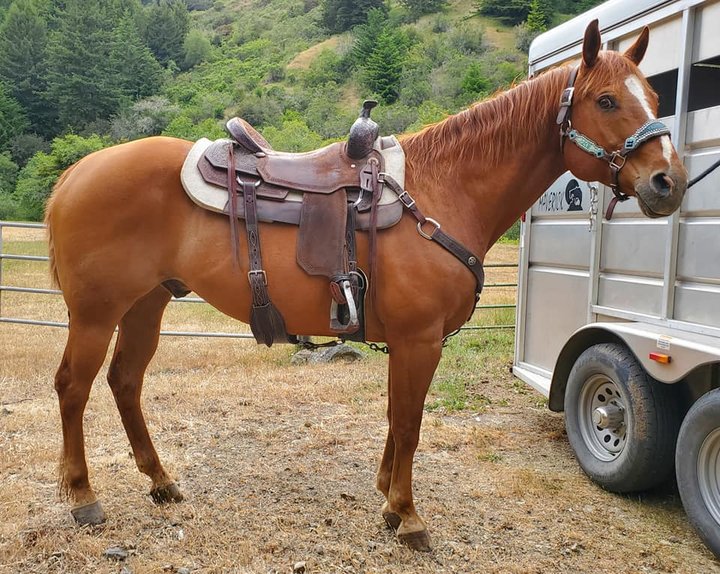 Trooper has been found.

A video shared by the horse’s owner on social media today shows Trooper being pulled form a thicket by a Calfire employee.

Watch the emotional reunion in the video below.

A Ferndale resident is asking for help finding her missing horse after it vanished over the weekend along the Eel River bar.

Owner Kelly Chadbourne announced on social media last night that her 17-year-old gelding Trooper uncharacteristically disappeared from his pasture at Grizzly Bluff and Weymouth Bluff Roads over the weekend while she was out of town.

“He is not the type of horse to wander off and leave his buddies in the pasture,” Chadbourne said. “We searched the river bar for hours and found no signs of a horse. I fear with the extra traffic in town for the Rodeo that someone may have taken him, but I really hope I’m wrong.”

“I am sick to my stomach you guys,” she said. “He couldn’t have just vanished! He had a pink fly mask and a pink tail bag on when I turned him out. I am currently searching the river bar. If anybody has any 4x4 vehicles that can help me search, I would be greatly appreciative.”