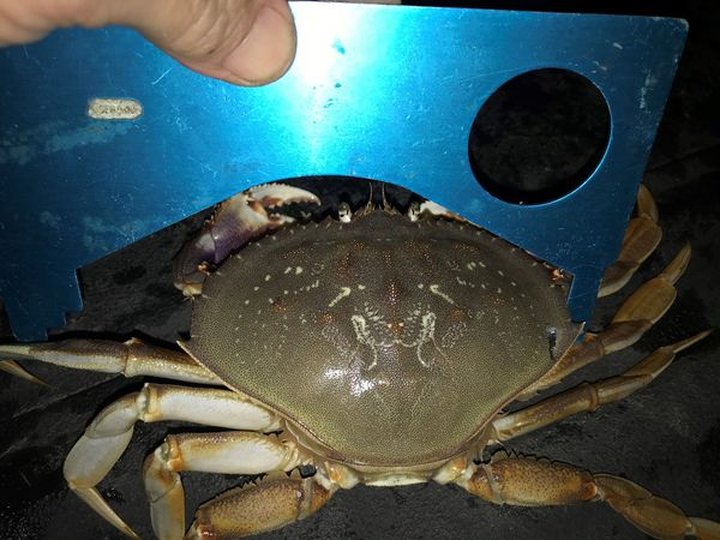 Warden Mike Hampton and Warden K-9 Leeloo responded to a tip of subjects taking Dungeness crab out of season at the Del Norte Pier in Eureka. It wasn’t the first report. There had been prior reports of the same subjects committing the same violation on nights prior. Each time a wildlife officer arrived however, the suspects were gone, frustrating both the person who reported them and the wildlife officers who responded to the tips.

But this cool October night was different. Warden Hampton arrived in time to observe three subjects taking crab from the pier. Hampton waited until they returned to their vehicle before contacting them. During an inspection of their catch, Hampton located 20 undersized Dungeness crab taken out of season. The three men were cited for the take of crab out of season and possession of undersized crab. After properly documenting the crabs for court, Warden Hampton released them alive back into the water.

A recent disposition of the case proves the Humboldt County court system takes the poaching crimes seriously. Two subjects were fined $4,000 each and a third was fined, $3,500. CDFW thanks the California citizens who are often part of successful poaching investigations like this one. Our best tips are frequently from the honest hunters and anglers who recognize unlawful poaching behavior and call CalTIP, our 24/7 tip line at (888) 334-2258.