MONDAYS WITH MICHAELE: Two Wheels and the Truth » 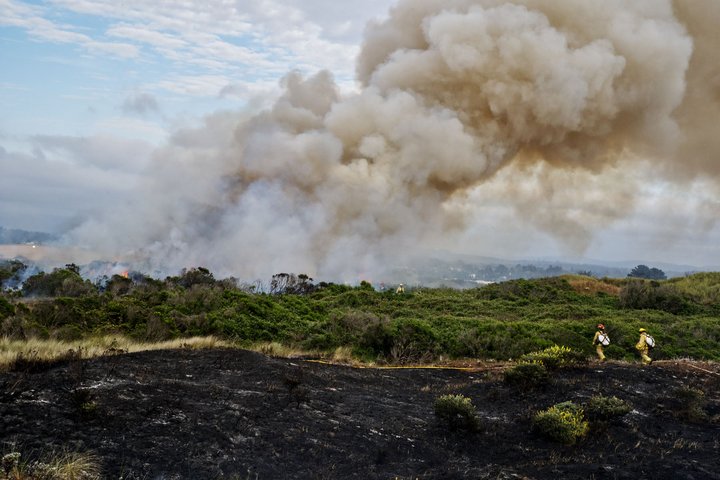 Multiple fire agencies responded to a vegetation fire that ignited near New Navy Base Road in Fairhaven yesterday at approximately 5:11 p.m.

According to scanner traffic, the fire was initially reported to be one acre in size with a slow rate of spread. Arcata Fire District Chief Justin McDonald told the Outpost that the blaze grew to 9.2 acres before it was fully extinguished by 9:00 p.m.

The cause of the fire is still under investigation.