Search Warrant Leads to Arrest of Felon Suspected of Distributing Meth and and Fentanyl Pills in the Hoopa Valley, DTF Says 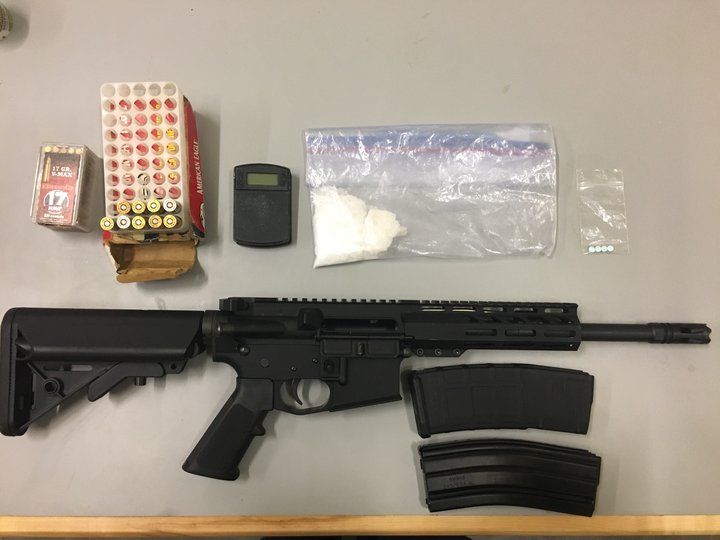 On Thursday May 27th, 2021, special agents with the Humboldt County Drug Task Force (HCDTF) served a search warrant on a residence in the 1900 block of Pine Creek Rd. in Hoopa. Agents had been investigating the homeowner, Samuel Edward Jones (42 years old) for distribution of methamphetamine and fentanyl pills in the Hoopa Valley. Agents contacted Jones inside his residence and detained him without incident.

Agents conducted a search of the residence and located the following evidence:

Jones is a convicted felon and was currently out of jail on bail for charges of 245 PC (assault with a deadly weapon) and 11379 H&S (transportation of methamphetamine for sale). Jones was transported to the Humboldt County Jail where he was booked for the following charges: