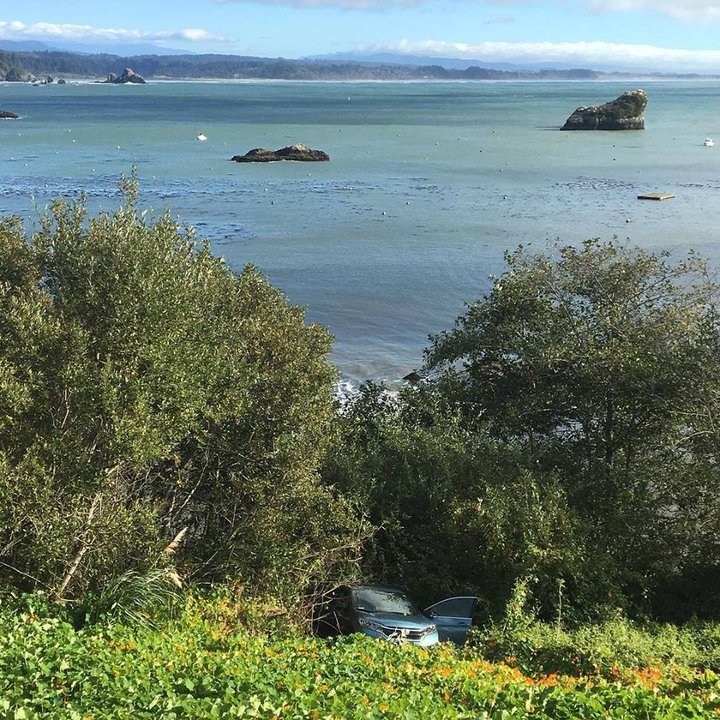 A crashed van and a beautiful view. | Photo provided by a reader

An occupied minivan vehicle took an unexpected detour off the Van Wycke Street lookout in Trinidad this afternoon after the driver reportedly failed to put the van in park.

A local reporter who spoke to officers on scene said that the vehicle was occupied by tourists stopped in the driveway of a nearby vacation rental overlooking Launch Beach when the incident occurred.