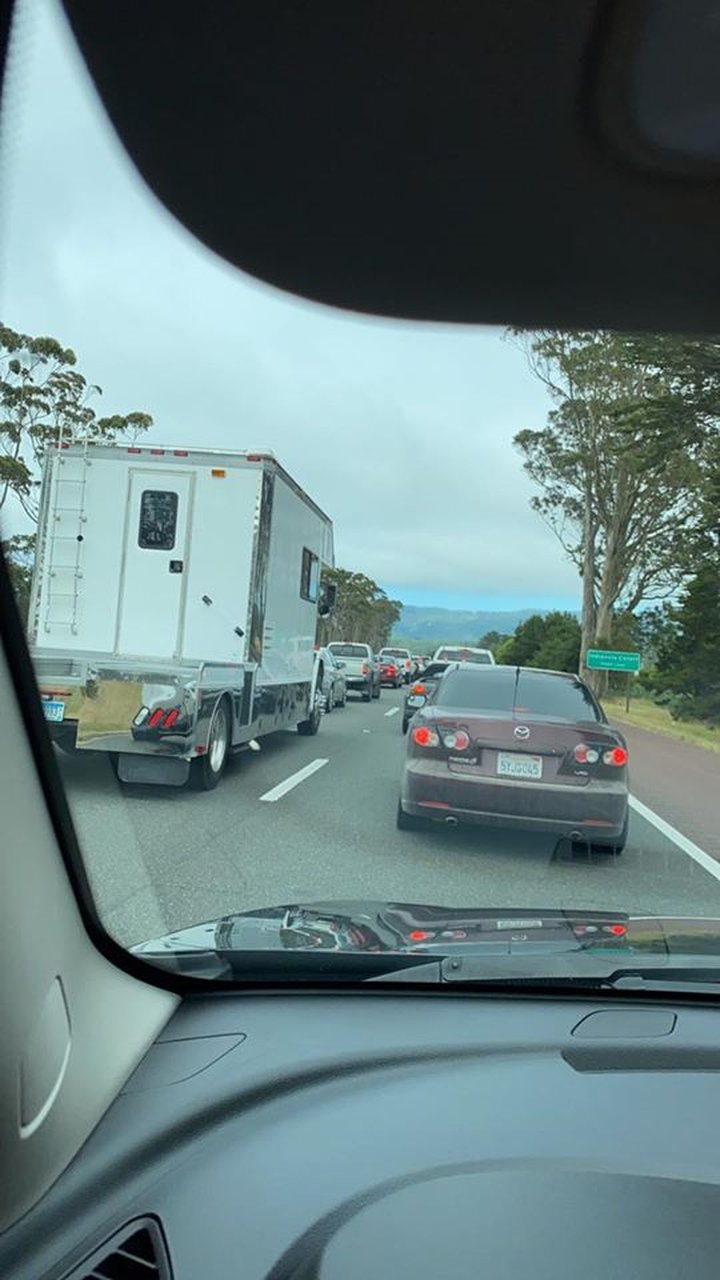 Photo of the traffic provided by reader Angela Dare.

The CHP has updated its incident report, which reveals that major injuries were suffered in the crash, and that the crash is being investigated as a hit-and-run.

The roadway has been reopened. The extent of the injuries sustained in the crash is still unclear.

A crash involving four to five vehicles has slowed northbound traffic along the Safety Corridor according to a California Highway Patrol incident report.

Paramedics were dispatched to the crash, which occurred around 5:10 p.m. near the Indianola Cutoff. However, it’s unclear at this time if any serious injuries were sustained during the crash.

Northbound traffic was completely stopped for roughly 30 minutes in the area, but traffic is now reportedly being directed along the shoulder of the highway at a slow pace.