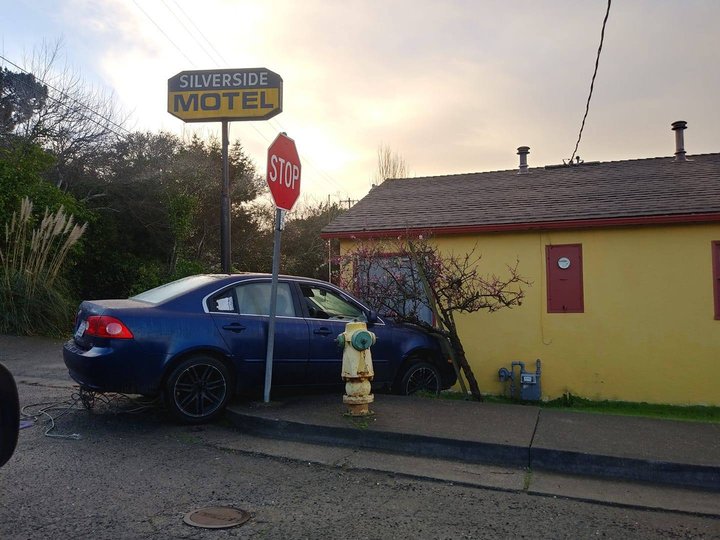 A blue sedan crashed into the Silverside Motel on the 6700 block of Fields Landing Drive in Fields Landing at approximately 8:47 a.m. today, narrowly missing an abutting fire hydrant.

The California Highway Patrol incident report states that no driver was found at the scene of the crash. The collision has since been labeled a hit-and-run.

Photos of the scene provided by reader Chelsea Jensen show that a motel window and the car’s bumper took most of the damage.

A tow truck has been called to clear the car from the scene.

The Arcata Fire District has issued a statement cautioning drivers to slow down, as there have been a multitude of accidents and spinouts on local highways this morning.