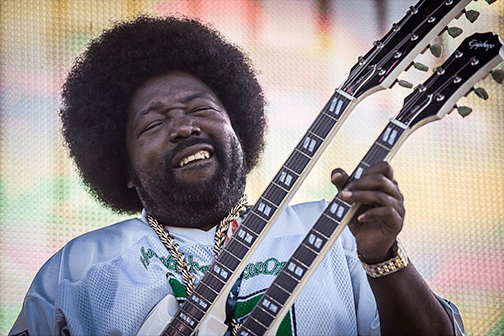 “The World Highest Rapper” Afroman   Arcata Theatre Lounge1036 G St, Arcata, CA 95521   ALL AGES Thursday, February 17, 2022 Doors open at 7pm / 8pm Show Advance tickets are available starting at $15 for “earlybird”, $20 presale, and $25 day of show and can be purchased online at www.ArcataTheatre.com +++++ Late-Nite Productions Afroman released his first album “My Fro-losophy” in 1998. He scored a major hit with the comedic song “Because I Got High” two years later. The song, originally inspired by his unwillingness to clean his room, surged in popularity on Napster after it was played on “The Howard Stern Show.” Nominated for a Grammy Award for Best Rap Solo Performance, “Because I Got High” was later featured on the soundtracks of “Jay and Silent Bob Strike Back,” “The Perfect Score” and “Disturbia.” The success landed Afroman a place in Cypress Hill’s Smoke Out Festival and a six-album deal with Universal Records. He released the “Jobe Belles” Christmas albums and performed at Insane Clown Posse’s Gathering of the Juggalos. “The first tape I made was about my eighth grade teacher,” he said in a news release. “She got me kicked out of school for sagging my pants, which was a big deal back then. So I wrote this song about her and it sold about 400 copies: it was selling to teachers, students, just about everybody. And I realized that, even though I wasn’t at school, my song was at school, so in a way I was still there. All these people would come by my house just to give me comments about how cool they thought the song was.”