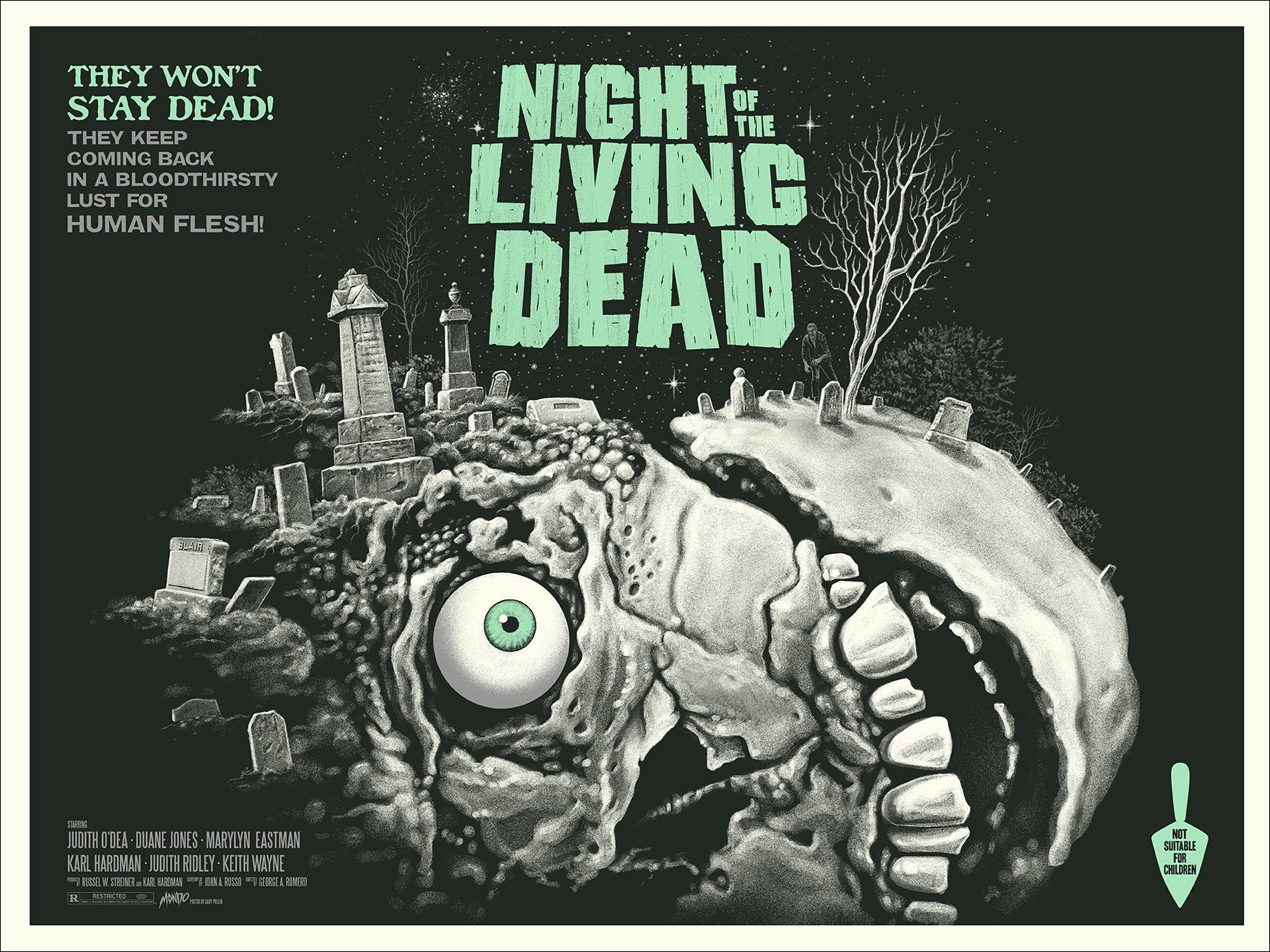 The COUXP will be running the kitchen. Cash/Card accepted. Cosplay HIGHLY encouraged!

Chaos descends upon the world as the brains of the recently deceased become inexplicably reanimated, causing the dead to rise and feed on human flesh. Speculation rests on a radiation-covered NASA satellite returning from Venus, but it only remains a speculation. Anyone who dies during the crisis of causes unrelated to brain trauma will return as a flesh-eating zombie, including anyone who has been bitten by a zombie. The only way to destroy the zombies is to destroy the brain. As the catastrophe unfolds, a young woman visiting her father’s grave takes refuge in a nearby farmhouse, where she is met by a man who protects her and barricades them inside. They both later discover people hiding in the basement, and they each attempt to cope with the situation. Their only hope rests on getting some gasoline from a nearby pump into a truck that is running on empty, but this requires braving the hordes of ravenous walking corpses outside. When they finally put their plans into action, panic and personal tensions only add to the terror as they try to survive.