U.S. Fish & Wildlife: Save the Plovers, Kill the Ravens

Oh, the snowy plover. Such a wee bird to trigger such a spectrum of emotion.  At yesterday’s Humboldt County Board of Supervisors’ meeting, reactions to a plan to poison plover predators ranged from concern to outrage.

The status of plovers as a federally listed endangered species infuriates a certain segment of recreational beach users – those with horses and/or 4-wheel drives – for interfering with what’s viewed as a veritable birthright. People expect free rein to ride and drive on Clam Beach and have long bristled at restrictions aimed at protecting plover habitat. 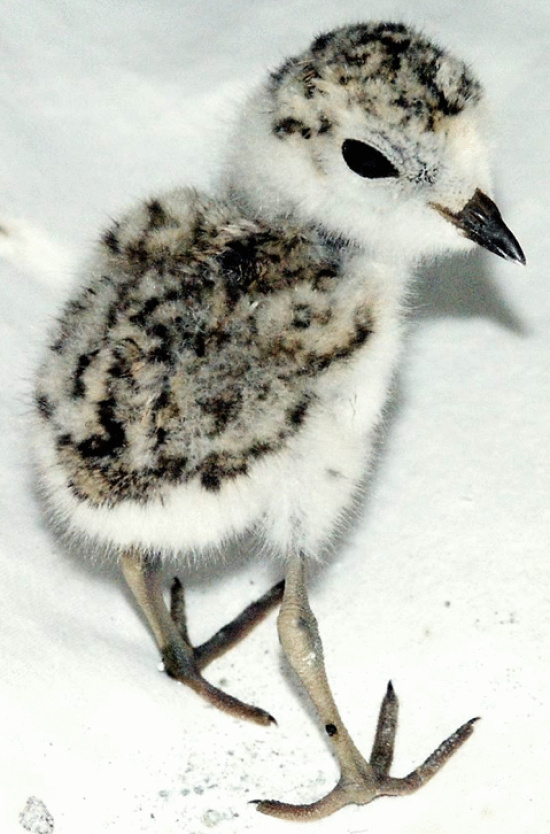 As if humans weren’t trouble enough, struggling plover parents also contend with the corvid menace – certain particularly heartless ravens and crows love to steal baby plover eggs right out of plover nests! Not all corvids, mind you, but ones who’ve become used to the easy pickings plovers provide.

In his presentation to the board, Watkins explained that the experimental project would take place over two years and involve selectively poisoning those birds responsible for stealing plover eggs. “Problem individuals,” as Watkins described them.

Using chicken eggs injected with the EPA-approved DRC 1339 and anchored with monofilament line, false nests and open exclosures, Fish and Wildlife staff hopes to kill off the worst offenders without bringing harm to other creatures.

He noted the avicide is mostly harmless to other birds and mammals (cats being the only mammals susceptible to DRC 1339’s ill effects) and also acknowledged the distastefulness of the proposed solution. He also stressed the failure of all other methods so far. The poison is used as part of overall predator management programs in several other locations, Watkins said, where it’s been “highly successful.”

All this was moot to McKinleyville resident and access advocate Dennis Mayo, who invoked the specter of former Supervisor Roger Rodoni (killed in a car crash in April, 2008) by reminiscing about a trip the two of them took to Coos Bay years ago to demand the de-listing of the plover as endangered. “We’ve never been able to get this board to do that!” he ranted, characterizing the presentation as “Lies, damn lies! …More flim flam in the name of plover recovery.” Mayo continued to decry the “vilification” of “local people” who are “exercising their right” to engage in “legal, historic” activities.

Environmental Protection Information Center Conservation Director Andrew Orahoske said EPIC is not opposed to the project, but is interested in a more holistic approach. Corvids were rare along the beach, he said, until the advent of coastal cities and altering of tidal lands to pasture provided a new food source for ravens and crows. He stressed the importance of continued conversations aimed at developing long-term solutions.

Supervisor Mark Lovelace pressed for more project specifics before agreeing to support the poisoning plan. Before introducing poison into the environment, “we need to have an actual plan to consider,” he said. He made a motion to have Fish and Wildlife staff return with a draft plan that would include the details of the poison’s effectiveness elsewhere.

Watkins asked the board what they would like to see, reminding them that FWS has “exhausted all real alternatives.” The project is due to start in January.

First District Supervisor Rex Bohn asserted that if the project had “timber” in the name, there’d be a big outcry from the public, that not enough information had been provided, not enough stakeholders had been included. “They’re so restricted now,” he said. He also proposed a delay, asking Watkins to come back with more information and further input from the public.

UPDATE: The T-S has a follow-up story today.