One week after State Sen. Noreen Evans announced her retirement from public service, and about 10 months in advance of the June 3, 2014 California primary election, the race is pretty much already over. Sorry, guys!

Arcata’s Chris Lehman — longtime aide-de-camp to Don “The Don” Perata — today announced his bid to be the North Coast’s next representative in the California State Senate, and his launch press is a textbook in how to muscle aside any conceivable challengers. Shock and awe: Lehman makes his debut with endorsements from Assemblymember Wes Chesbro, former Assemblymember Patty Berg, four out of the five Humboldt County supervisors and — get this — California State Senate President Darrell Steinberg.

So, yeah. I guess you could try to raise some money and compete. Best of luck with that.

You haven’t heard of Chris Lehman? Longtime Humboldters may know him as the son of Humboldt County’s former chief probation officer, Dave Lehman. But local people who work politics certainly know his name on his own account. He’s a heavy player in Sacramento politics, as the flurry of campaign material that just flew into the LoCO’s inbox demonstrates. A couple of documents follow. 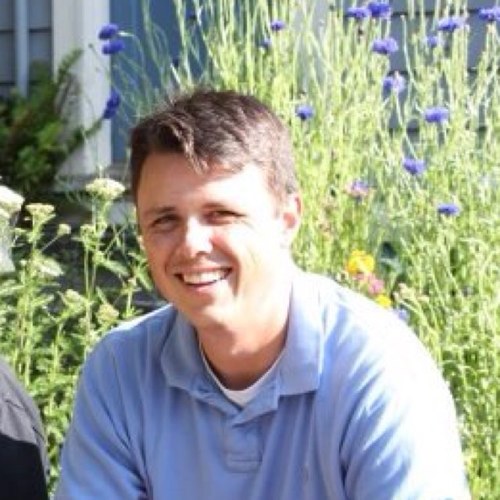 I am excited to announce my candidacy for State Senate in District 2.

Last week Senator Noreen Evans told supporters that she would not seek re-election in 2014. At the urging of friends, family and colleagues, I have made the decision to run to replace her.

Guiding my decision is my unshakeable belief in the power of government, when exercised properly, to improve people’s lives. To me, government is a place where we can all work together as a community on things that are bigger than what you or I can do alone. It’s why I’ve dedicated my life to serving the public through the best way I know how- working for the State Senate.

I’ve spent over 14 years working in the State Senate, helping to write legislation, bring stakeholders together, weigh tough decisions, and solve problems. I worked on issues important to me and important to the State - quality public schools, affordable housing, providing clean drinking water, protecting our precious natural resources and improving access to healthcare.

In 2005, my wife, a public high school teacher, and I made the decision to raise our family in the community I love and grew up in on the North Coast. I opened a public affairs firm and continued to serve the Senate by building coalitions, shaping winning campaigns and even raising the money required to pass vital ballot measures and elect great leaders to public office.

My experiences living on the North Coast - encountering the problems our disparate communities face and appreciating its unique beauty and fragile coastlines - inspired the work I do for our state.

And after our first daughter was born with a severe congenital heart defect and airlifted to San Francisco from our small community hospital, I’ve worked to improve access to telemedicinebecause every individual has the right to the world’s best healthcare.

I’ve worked with the American Cancer Society, American Heart Association and American Lung Association on a tobacco tax initiative to prevent smoking and pay for research for cures to cancer and tobacco related diseases. While Proposition 29 was narrowly defeated, I am continuing my work to find much-needed funding for our healthcare needs.

Most recently, I’ve worked to help pass Proposition 39, a measure that closed a corporate tax loophole to provide hundreds of millions of dollars for schools and energy efficiency upgrades.

Now, another amazing opportunity presents itself: the opportunity to continue to serve the State, the Senate, and perhaps most importantly, my community in the State Senate. It is something I humbly, but willingly and confidently embrace as I continue a great tradition of public service to the North Coast.

As a staff member for two Senate leaders and a small business owner, I understand what it takes to make government work for people. I will fight tirelessly for quality public schools, safer, healthier communities, and, of course, protection of our precious coastline and natural resources.

I have the skills, passion and experience required to be a good Senator and to make things a little better for families and small businesses, fishermen and winemakers, farms and forests, wildlife and marine habitats, and all of the people and places that make this region great.

I hope you will join me in this campaign and that I can count on your support to win and make California better.

P.S.  I have been calling my friends and family as fast I can to let them know about this news and to ask them to join the campaign. Please shoot me an email reply if I can you list you as a supporter. Thanks for your help.

ARCATA - Today, local community leader, small business owner and longtime Senate staffer Chris Lehman announced his intention to run for California’s Second Senate District, following the recent announcement by incumbent Senator Noreen Evans that she would not be running for re-election in 2014.

Lehman, 36, was born and raised in the North Coast, has spent more than 14 years working as a staffer for the California State Senate and Senate Democrats. In 2005, he and his wife Danielle, a public school teacher, made the decision to move back to the North Coast and raise their family in Arcata. He launched and manages a local small business and has since helped to lead various local community efforts to improve the quality of life for residents in our region.

“I’m running for State Senate because this district is my home and my heart and I’m determined to bring our community’s values and vision to the State Capitol.

I was born and raised here. I’m now raising my own family here. I work here and my wife teaches public school here. I know California works best when the voice of this community is being heard in Sacramento - loudly and effectively.

I know I’m not a household name. I’ve pursued a life of public service, not the public spotlight.

But, as a staff member for two Senate leaders and a small business owner, I understand how to make government work for people. As the husband of a public school teacher, I will fight tirelessly for quality public schools. I will stand up for safer communities, and, of course, safeguard our precious coastline and natural resources.

My commitment to greater access to world-class healthcare for all Californians, including access to telemedicine, is profoundly personal, ever since our first daughter was born with a severe congenital heart defect.

I am strongly committed to being a champion for working families and small businesses, fishermen and winemakers, farms and forests, wildlife and marine habitats, and all of the people and places that make this region extraordinary.”

What Others Are Saying About Chris

Assemblyman Wes Chesbro: “I’m endorsing Chris Lehman because I know firsthand that he will be a powerful voice for the people of this community and an unwavering defender of our region’s magnificent natural resources and environmental beauty.”

Assemblywoman Patty Berg (Retired): “I’ve known Chris Lehman and his family a long time, and he has repeatedly demonstrated his love and commitment for the North Coast. At a time when the unique interests of our district have been too often overlooked in Sacramento, I believe he will make a remarkable Senator for our region.”

Humboldt County Supervisor Mark Lovelace: “Chris Lehman is the right person to represent us here on the North Coast. He’s smart, thoughtful and really knows how to get things done. He’ll be a strong and effective voice to strengthen our schools, to grow our economy and to protect our environment.”

Senate President Darrell Steinberg: “In all of my years of public service, there are few people who I have trusted more - and relied upon more to help us move California forward — than Chris Lehman. He is intelligent, tireless, selfless and effective. But, most of all, he is guided by the unshakable values of his family and his local community. I am honored to endorse him and I’m excited to see what he will accomplish as a Senator.”

Arcata native Chris Lehman is a devoted husband, father and North Coast community leader with over 15 years of experience with the California State Senate.

In 2008, Lehman helped pass infrastructure bonds that improved roads, public transportation, air quality and access to affordable housing. In 2012 he was an instrumental part of the successful campaign to pass Proposition 39, which closes a corporate loophole and restores funding to schools and energy efficiency upgrades.

After Chris’ first daughter was born with a severe congenital heart defect in 2006 and airlifted to San Francisco from a small North Coast community hospital, he has been working to improve our healthcare system. He believes strongly that each person deserves access to the best possible doctors, nurses and hospitals in our state. For this reason, Chris is a champion for increasing access, including stopping rate cuts to Medi-Cal and improving telemedicine.

He also worked with the American Cancer Society, American Heart Association and American Lung Association on a tobacco tax initiative to prevent smoking and pay for research for cures to cancer and tobacco related diseases. While Proposition 29 was narrowly defeated, Chris continues to work to find much-needed funding for healthcare needs.

He co-founded the “Fly Humboldt” coalition of stakeholders committed to increasing commercial air service to improve local economic development and increase quality of life on the North Coast.

Chris served on the Six Rivers Planned Parenthood Board of Directors from 2009-2012.

Chris and his wife Danielle live in Arcata with their two daughters and are expecting their third child this fall. He is a Lay Leader at the United Methodist Church in McKinleyville and a volunteer baseball coach at Arcata High School.

Chris earned a double bachelor’s degree in Physics and Political Science from University of California Davis in 1999. He graduated first in his class from Arcata High School in 1995.