Update on the Hunt for the Armed, Hockey Mask-Wearing Robber 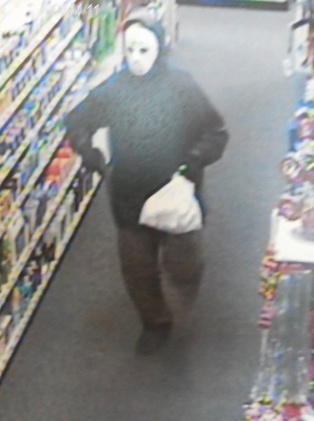 On 12-18-2013, at approximately 9:30 a.m. Humboldt County Sheriff’s Detectives conducting follow up on the armed robbery located what appeared to be the truck used during the robbery. The truck was parked in front of a residence located in the 2900 block of Johnson Road, Hydesville.