Because We Haven’t Had Any Kinetics Drama in at Least a Month: Ferndale Sculpture Museum at Risk

From “Queen Emma the Emchantress”:

Fans and gawkers who follow the goings on of the Kinetic Kingdom will feel a certain deja-vu, but no surprise, to hear that the historic Ferndale Kinetic Museum is once again at risk of closure for lack of funds, and is appealing to the community for help.

“We find ourselves in the same position we were in when we reached out to the public in the fall of 2011,” said Kati Texas, President of Kinetic Universe, the nonprofit organization that runs the Kinetic Grand Championship and the Ferndale Kinetic Museum. “We asked for help, and we received donations and practical assistance that kept the museum going until now. We are deeply grateful for that.” 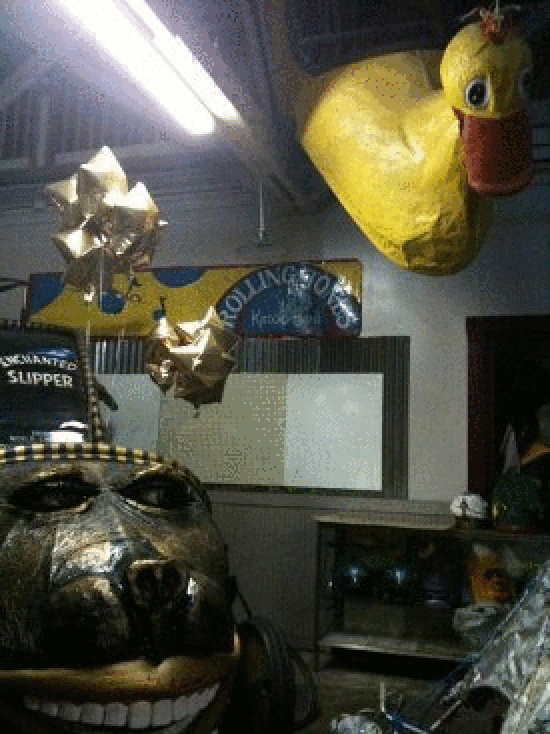 Kinetic Universe Treasurer Emma Breacain said, “the Museum is an adorable basket of kittens that was left on our doorstep when we started running the race in 2007. It’s important, having a repository for 44 years of kinetic racing history. People come to Ferndale from around the world to see it. I personally have had several instances of meeting people there who attended that first race in 1969, and now they’re bringing their families to the museum to share a bit of the experience with them.”

“Closing the Museum would be such a shame,” said Texas. “It would mean one less fun thing for families and visitors to do in Ferndale, not to mention the loss of another Kinetic landmark. We’re counting on businesses and individuals in town to rally once again and show us how much they value having this unique asset on Main Street for everyone to enjoy.”

“When it comes time to make donations and support the race,” said Breacain, “people tend to think of us in April or May. Now is a fantastic time for folks who were considering making a donation or sponsorship to do just that. Pretty please.”