Video of a Car Accident in Front of Eureka Denny’s »

Over on the LoCO Facebook page, our Andrew Goff has been frequently hounding and harassing all right-thinking people into doing their daily duty by voting for Eureka in Benjamin Moore’s “Paint What Matters” contest. [Which by the way: Have you voted today?] 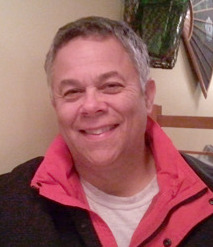 The point is that sometimes these goofy promotions actually result in tangible deliverables. For instance, earlier this month Dale Warmuth of Leon’s Car Care brought home a cool $5,000 for the Boys & Girls Club of Humboldt when the nation’s Internet-clickers handed him second place in a “Community Heroes” click competition sponsored by Safeco Insurance.

What makes Warmuth a hero? Read the nomination speech. Remember a few years ago, when the Boys & Girls Club was on the brink of shutting its doors? Warmuth, according to this, was Johnny Turnaround. First he donated a month’s worth of oil-change revenues to the organization. Then he joined the board, became its president, wiped out $150,000 of debt, boosted corporate donations and etc., etc.

Now, did we mention that you should keep clicking for Eureka in Benjamin Moore’s “Paint What Matters” contest every day until June 30?