No News From the Shane Miller Manhunt in the Mattole Valley »

Photos of Petrolia as Hunt for Triple Homicide Suspect Continues 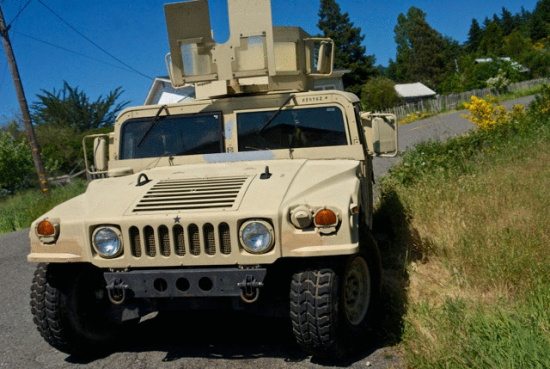 The people living in the tiny communities around the mouth of the Mattole and along the coast aren’t used to seeing Humvee’s with turrets designed for large weapons parked on their roads. But the search for triple homicide suspect, Shane Miller, has more than changed the sights, it has changed their daily lives. 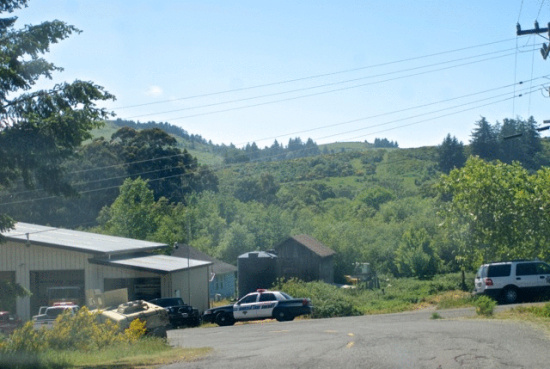 According to sixteen-year-old Indigo Free, a simple trip to her town, Petrolia, has become more complicated. She took the photos accompanying this post. The photos show law enforcement lining the streets.

The Petrolia Fire Station has become a center in this large manhunt. 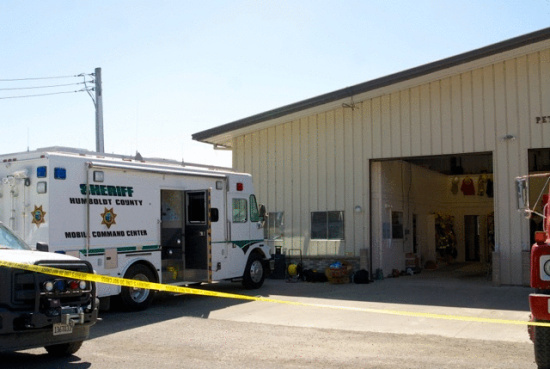 Free, says that there are roadblocks on either side of Lighthouse Rd. Residents must stop and an officer quickly checks in with them.  She says that while their vehicle didn’t have a trunk and so was just looked at from the outside, “I’ve heard of a few of my friends who’ve had their trunks opened.” 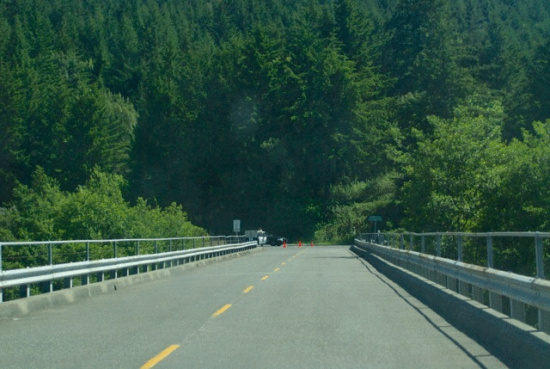 After the first roadblock, there are armed men on quads. 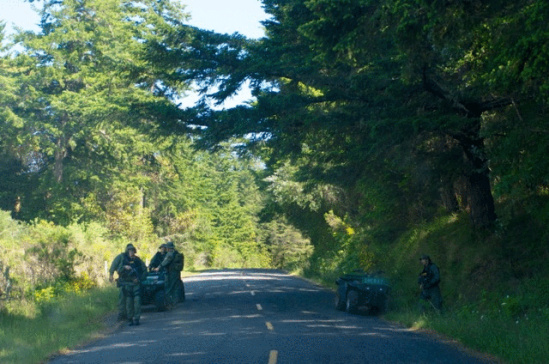 According to Free, siblings and neighbor children have been staying home because the local school is closed due to the manhunt.  “They’ve gotten a little bit rambunctious…,” she says.

She isn’t too worried about her family’s safety but, she says, since the search for Miller began “we’ve been a little more cautious and not gone too far away from the house… .”