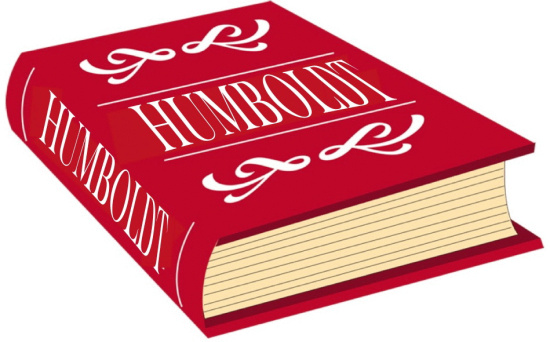 Humboldt’s unique lifestyle begets its own unique lexicon, which we will now chronicle here together for future anthropologists and cryptolinguists.

What we’re looking for: Humboldt-specific slang, with special exceptions made for terms that could be used in, say, Mendocino county but can be woven into daily discourse without explanation (See: “Larf”).

Rule of thumb: Would someone moving here want to know it?

Please offer your suggestions or clarifications below. We’ll clean up the formatting later.

Virtually all Many of the suggestions below come from KHUM listeners, but but now we open it up to you. Let’s go!

Arcata No-Go: The four-way stop dilemma in which all drivers insist that the others proceed first. Alternately known as the Arcata Courtesy Fight and/or the NoYouGo.

C.A.M.P.: acronym for Campaign Against Marijuana Planting, a paramilitary-style pot eradication task force focused on SoHum and northern Mendocino. Low-flying helicopters were alleged to be in violation of our constitutional rights.

Cream City: amazing and legit nickname for the victorian village of Ferndale

“BOON”: The correct pronunciation of the Eureka street spelled B-U-H-N-E. This is the most controversial entry in this glossary. (NOTE TO LOCALS: This particular entry was worded by Andrew Goff, who was born at General Hospital)

“Del Nort”: No ‘eh’ sound on Del Norte. It’s the correct pronunciation our northern neighbor. Saying ‘Del Nor-tay’ might feel right, except that the northern county’s etymology seems to be of Portuguese, not Spanish, origin.

Faugust: A moniker of August. It can get foggy in NoHum in summer.

Ferntucky: A moniker of Ferndale

Fortucky: A moniker of Fortuna

Freeway Ball: A left field home run from Arcata Ballpark (h/t KHUM listener Vikki), one that lands on US 101

Grow House: a residence in which one or more rooms is used for marijuana production. Sometimes identifiable by blocked-out windows, raggedy landscaping, un-neighborly inhabitants, and structure fires.

Growdozer: A conspicuously expensive, inefficient, customized, and otherwise underutilized pickup truck or SUV driven by someone who doesn’t care if you know what they do for a living. Sometimes a status symbol, sometimes replaced annually. Alternates: Humboldt Cadillac (h/t Joel Mielke) or Grower Truck

Gulchers: A frequenter or resident of Cooper Gulch park in Eureka. Gulchers are not necessarily disc golfers, but they are certainly high and sometimes up to no good. Alternate 1) a person making his home out in an urban green belt. Alternate 2) those who live in Whale Gulch, a canyon on the coast shared by Mendocino and Humboldt counties (h/t August West)

The Hill: a generic term for a remote growing/trimming operation. I.e.: “I’m going up The Hill this weekend.”

Humboldt Crud: the cold, sniffles, & hacking generally endured from December-February, thought to be brought on by abundant moisture and/or mold (h/t Amy)

Larf: low-quality trim detritus. UPDATE: “shitty buds that never tightened up and got hard. They are all loose and airy, “larfy.” (h/t Jake)

Murrish’s: A SoHum cred-heavy name for what is now the Shop Smart in Redway, formerly Murrish’s Market.

NoHum: shorthand for northern Humboldt county, whose Mason-Dixon line is debatable but generally thought to be in the Scotia area.

Oklahoma by the Sea: A moniker of McKinleyville.

The Peninsula: almost always refers to the finger of land between Manila and the Jetty (which, in turn, is almost exclusively in reference to the North Jetty). Alternate: The Spit

Redwood Curtain: mythical and metaphorical palisade that insulates Humboldt county from the real world, for better and worse (h/t abalone_girl)

Reggae: 1.) shorthand for Reggae On The River, a summertime music festival 2.) reggae

Rippers: A marijuana thief who pulls the almost-ready plants from an outdoor farm. Usage may be in decline Alternate: rip-off (h/t Heady Green)

Spangers: Panhandlers asking for “spare change.” Can somehow rhyme with both “strangers” and “bangers”(h/t to Sup Dog and his 20+ supporters).

Stinky Beach: An unstinky, west-facing beach inside Humboldt bay, near the south end of Hikshari’ Trail. Inaccessible by car. A now-defunct tallow plant once spewed a sublime palette of odoriferous emanations downwind.

Tavern Row: The bar-laden north side of the Arcata plaza, comprised of Everett’s, Toby and Jack’s, The Alibi, and Sidelines. Heavily trafficked by students, police, and spangers. (h/t arcatanative)

Trustafarian: (pejorative, used outside of Humboldt but is a must-know word in Arcata) A Humboldt State University student whose family wealth, atrophied ambition and lifeless eyes are easily spotted. (I.e: Ras Trent)

Tuppies: Rural safe deposit box; cash is buried in Tupperware (or similar) underground. Only an issue during wildfire. Similar to Bank of the woods, Bank of the Hill

Two Street: a retro moniker of 2nd street in Eureka.

Westside: Eureka’s most densely-populated neighborhood, up and coming. Home of the Jefferson Project

“WHO POOPED AND PEED ON THE BANK?!?” - A viral meme (c. 2011) based on an interaction between a journalist and an Occupy Eureka protester. (Glenn Beck’s The Blaze explains, h/t
Tembloroso)