EPIC Needs You to File Your Richardson Grove Comments Now-ish » 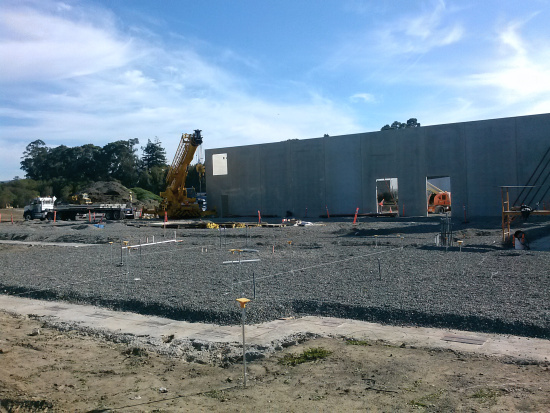 NOTE: Today is Arcata day on the Outpost. October is National Cheese Month.

Cypress Grove Chevre, the award-winning and much-lauded high-end goat cheese manufacturer, has been mucho busy this week as the walls go up on its new creamery expansion project. This new facility is going to about double the square footage given over to producing of of one of Arcata’s most prized exports.

The LoCO took a spin over to 11th & Q to witness the work at the invitation of Cypress Grove Customer Service Manager Charles Horn, who you may know in a somewhat different context. Horn was jazzed. The construction, which has been underway for some time now, has, since Monday, entered its most visible phase, with the big cranes lifting the specially constructed concrete slab walls into place. The new facility is scheduled to come online sometime next year.

The project hasn’t been without controversy. Last year the Arcata Eye reported on an appeal against it that had been filed by residents in the general vicinity of Cypress Grove World HQ — the same person, incidentally, whose threatened legal action against Cypress Grove’s proposed goat dairy prompted Cypress G to move their beasts to McKinleyville. But Armstrong lost this one, and now construction is furiously moving forward.

Have you seen that big pile of dirt on Alliance recently? That’s from the expansion project; it’s the dirt that was dug out to make room for the new building’s foundation. Horn said that it’s going to be spread around to terraform the remainder of the parcel, much of which will be given over to a community park/walkway and fruit farm. The company is going to put apple trees, free for the picking, on that somewhat benighted corner of the town.

All the money for the project came from Cypress Grove’s corporate parent, the Swiss cheese behemoth Emmi. (That’s SWISS cheese behemoth. Not SWISS CHEESE behemoth. You get it.) When Emmi bought the skyrocketing Cypress Grove back in 2010, there was a lot of fear of what has since been known as the “Yakima effect” — mega-successful local business gets bought out, new owners promptly get the hell out of Humboldt.

But this huge capital investment seems to prove that Emmi is hanging in Humboldt for the long haul. 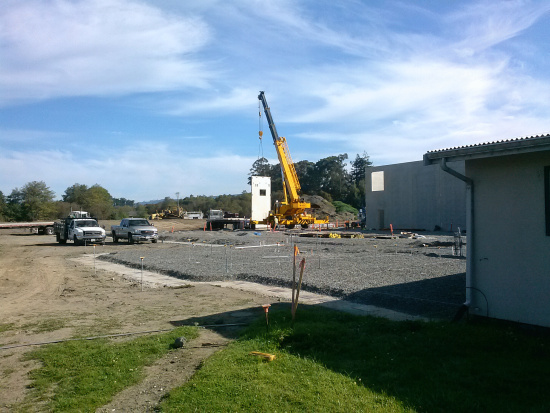