And Your 2013 NorCAN Nonprofit Leader Achievement Award Winners Are … »

EPIC Needs You to File Your Richardson Grove Comments Now-ish 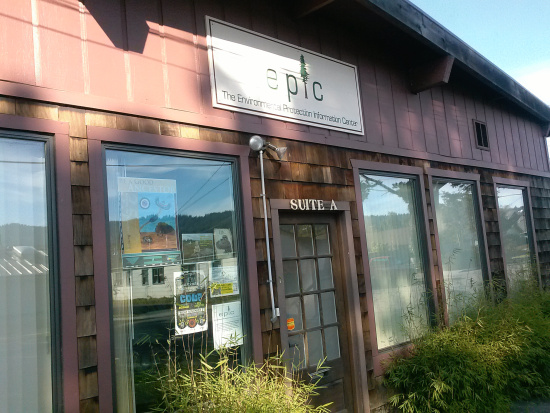 Across the Arcata flatlands from Cypress Grove — and across one particular ideological divide — stands the Environmental Information Protection Center. We popped in there because we got word that things were happening around one of the venerable Humboldt County environmental group’s current signature issues.

Late last week, the group put out an action alert about Caltrans’ Richardson Grove Improvement Project, which aims to smoothen the curves between the tall trees to the south of us, near the Humboldt/Mendocino border. EPIC has filed a couple of lawsuits against the project on a wide variety of grounds, and so far has come up short. A federal judge and a Humboldt County Superior Court judge have both ruled mostly in Caltrans’ favor. EPIC continues to fight on. 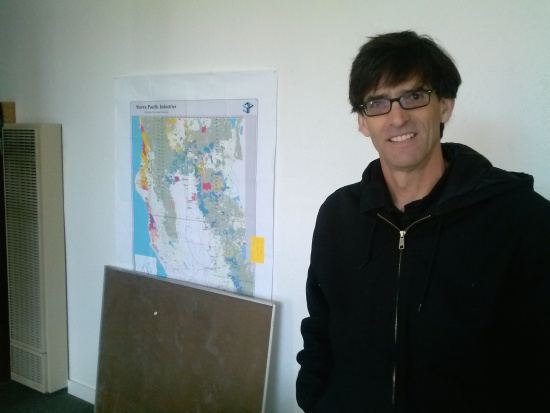 Gary Graham Hughes (above), the executive director of EPIC, was happy to receive the Outpost as it popped in on him without notice this morning. As Hughes sees it, Caltrans is not complying with the terms of the federal court order by publishing a “supplement” to its Richardson Grove environmental assessment. Rather, he said, the agency should be doing a larger rewrite of the original assessment.

So Caltrans is supplementing the assessment but not rewriting it. Is it a distinction without much difference? Hughes thinks not. “They’re basically setting things up for an ongoing stalemate, which doesn’t do anyone any good,” he said.

Perhaps. But EPIC is running out of cards to play. The federal court disagreed with EPIC’s contention that Caltrans needed to perform a full environmental impact statement on the Richardson Grove Improvement, rather than the far more lightweight environmental assessment. The group has filed an appeal with a state appellate court in an attempt to overturn their loss in Humboldt County Superior Court.

Though EPIC continues to work on timber issues — as well as water, weed, wildfire and a host of other things — of late, its big fights have been with Caltrans. Courtroom wins have been hard to come by. In addition to Caltrans’ mixed (but largely favorable) result over the Richardson Grove issue, the agency has so far steamrolled EPIC on the Willits Bypass. EPIC has another suit against Caltrans over improvements to Highway 199, along the Smith River, which are, like Richardson Grove, aimed at making it possible for industry-standard trucks to safely access Humboldt County. No one is looking at the impacts of what all of these projects, taken together, are looking to accomplish.

“Caltrans still isn’t being forthcoming with the community about cumulative impacts,” Hughes said.

In any case: Take a moment to read EPIC’s Richardson Grove action alert. It contains information about how to make your voice heard to Caltrans, if you are so inclined.