« Get Your Kid’s Child Safety Seat Checked Out

Motorcycle Accident on 101 in Eureka; Traffic Backed Up Northbound [UPDATE] » 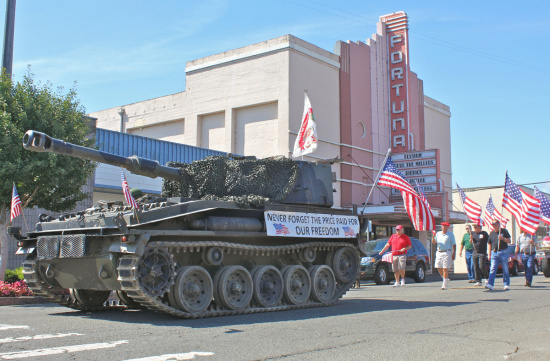 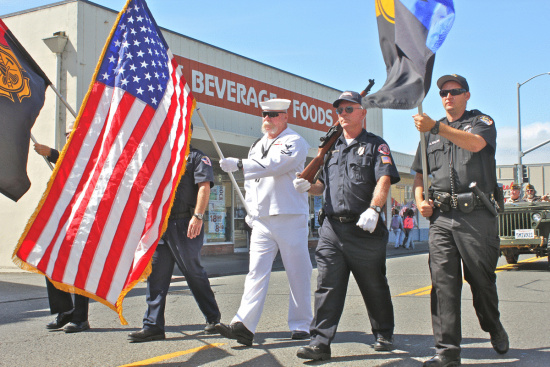 Today around noon, did you notice that wherever you were in Humboldt experienced a shortage of the colors red, white and/or blue? Well, that’s because Fortuna was using ‘em all for their annual 9/11 Memorial Parade. Your Lost Coast Outpost was on hand for the brief-but-colorful march down Main Street and snapped some photos.

Twelve years to the day after nearly 3,000 people died on September 11, a hundred or so onlookers watched as flag carrying veterans and citizens made their way from near Harry’s Car Wash at the corner of 11th and N streets three blocks up to the Veteran’s Memorial Building. While the firetrucks and jeeps were nice, the unchallenged motorized star of the show had to be the tank that blared Lee Greenwood’s “God Bless the USA” as it smoked down Main Street — the decommissioned machine was brought in on a flatbed by its owner Rick Stewart who also owns Buddy’s Towing.

Once the procession reached its destination, Fortuna City Council  member Dean Glaser approached a podium set up on the step of the Veteran’s building and said a few words before asking those gathered to repeat after him “United we stand.” A prayer was prayed. An anthem was sung. Veterans and other uniformed were thanked. On to the pictures: 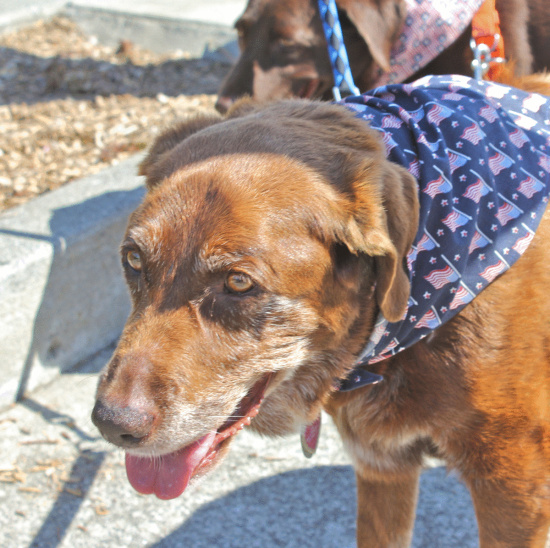 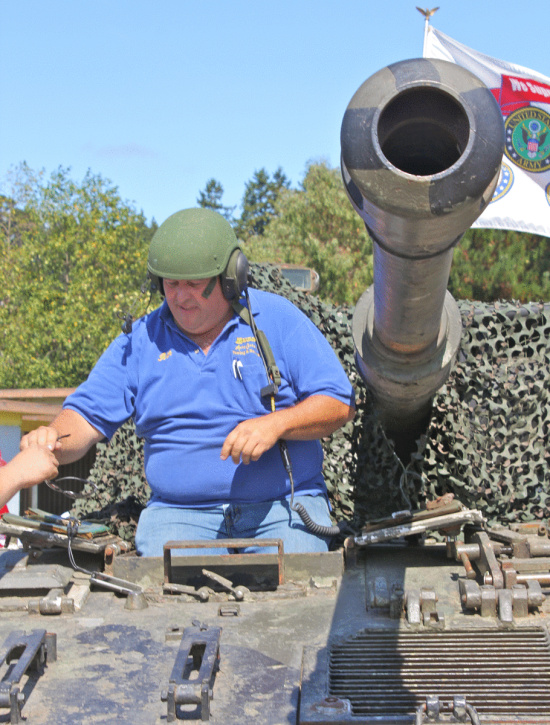 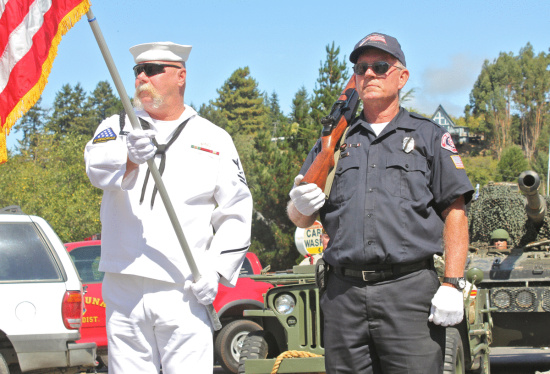 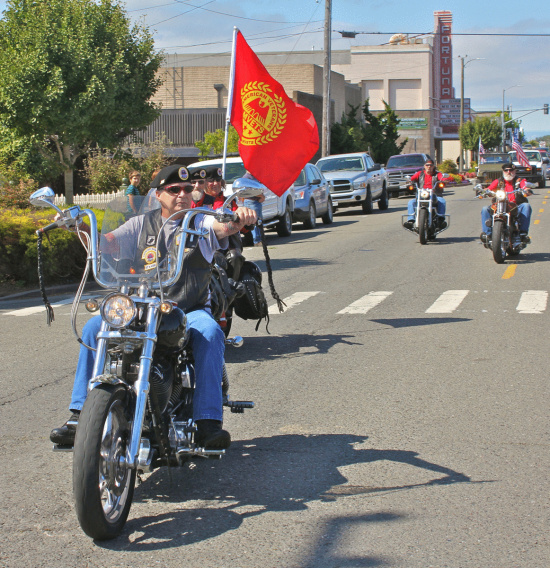 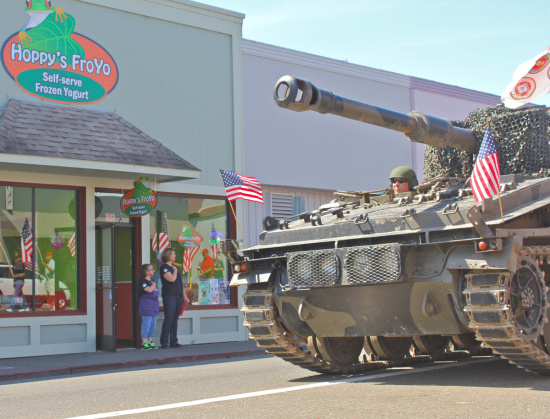 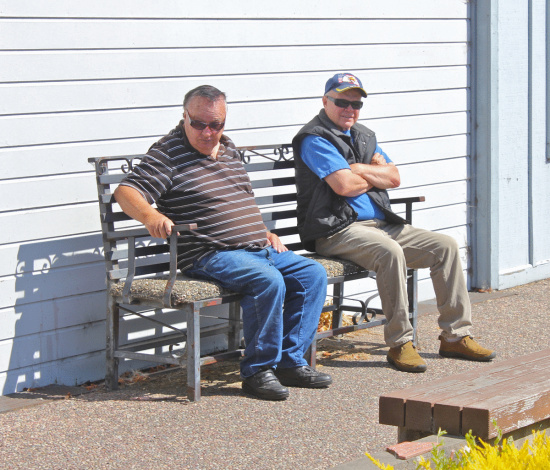 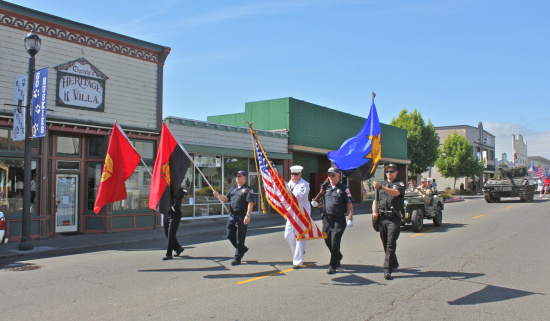 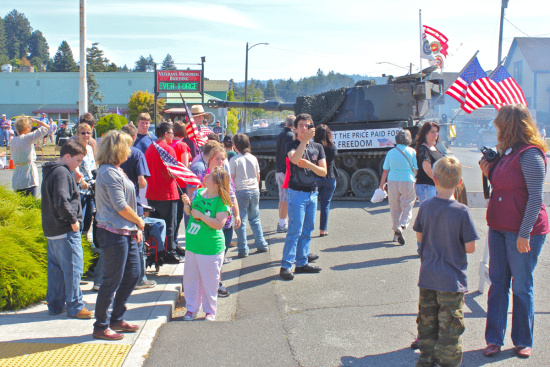 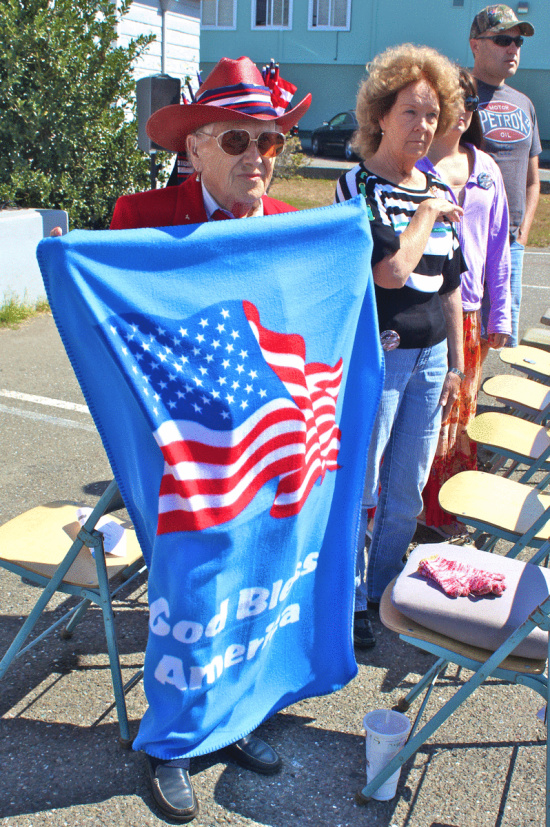 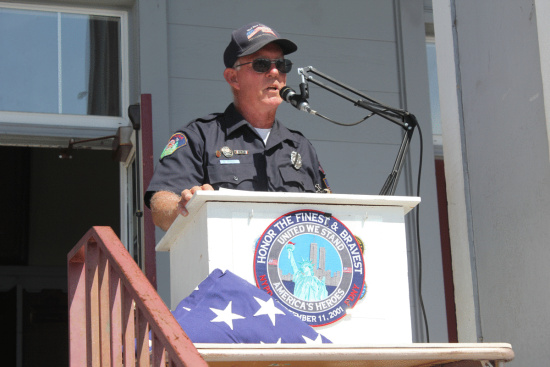 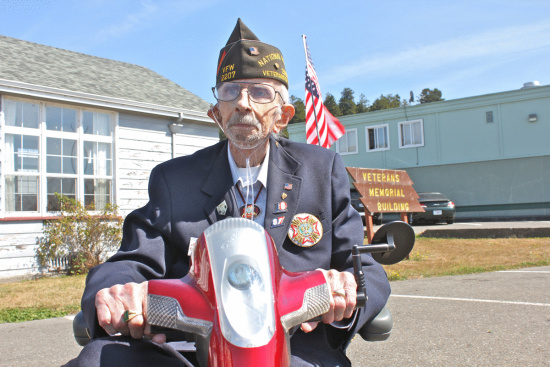 (Above: John Carver served in the South Pacific during World War II.)