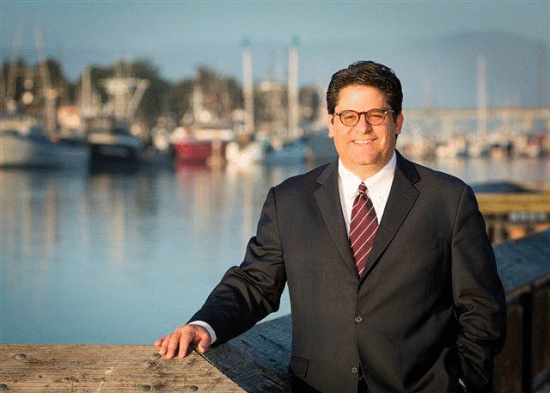 UPDATE, 12:02: Scroll down for the City of Eureka’s official press release. - AG

Original post: Eureka City Manager Bill Panos, who came to the city less than a year ago, has submitted his letter of resignation.

Mayor Frank Jager tells the Outpost that Panos yesterday informed him and the city council that he will be leaving Eureka for another job.

“He notified all of us yesterday that he has taken a job in Wyoming,” Jager said. “He was contacted by the governor in Wyoming to work on the building of schools, similar to what he did up in Washington state.”

According to the terms of his contract, Panos will stay on for 60 more days, unless the council releases him sooner.

The Outpost is attempting to reach Panos for comment. Stay tuned. 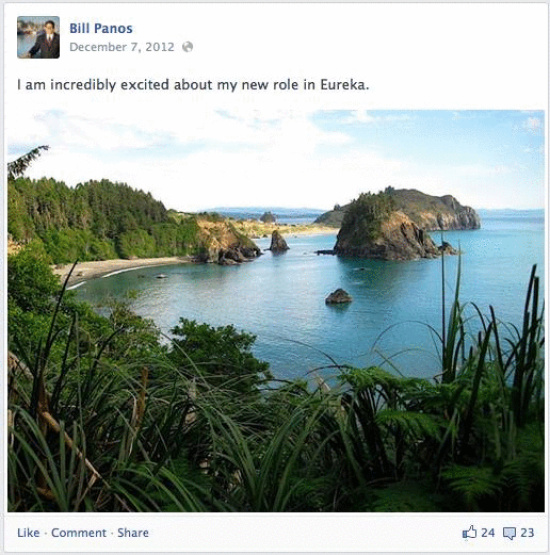 Eureka City Manager Bill Panos has announced today that he is leaving his position with the City of Eureka to take over as Director of the School Facilities Department Director in the State of Wyoming. City Manager Panos will continue to lead the City through the next steps of its reorganization and transition to a new City Manager until November 15, 2013. “There is never a perfect time for this type of transition, but I cannot turn down the opportunity that has been provided to me by the Governor of Wyoming, Panos stated. “I have enjoyed working with the Council and senior leadership team. The City of Eureka has embarked on a new strategy with a reenergized organization.” Working together, the City Council and staff recently completed a comprehensive strategic plan for City Government and the City Council; completed a balanced budget that reflects the future needs of the community; improved relationships throughout the region; streamlined city government organizations and processes and hired a new police chief. Councilmember Mike Newman stated “it will be a loss to the City of Eureka, but I understand that Bill’s desire to pursue this opportunity with the State of Wyoming. The City of Eureka was fortunate to have Bill on board for the last year and I wish him success in his new assignment”. The Eureka City Council will be meeting in the near future to discuss the transition to a new City Manager and hiring process. “It has been an honor and a privilege to be part of the leadership team in the City of Eureka. I have enjoyed working with a top-notch staff totally dedicated to the City’s mission, citizens who make us stewards of their dollars and commitment to this community, and businesses that create jobs and economic development in the region. But when the day is done, it’s all about the individuals whose lives we make better. Michelle and I will always remember our time here in a positive way.”