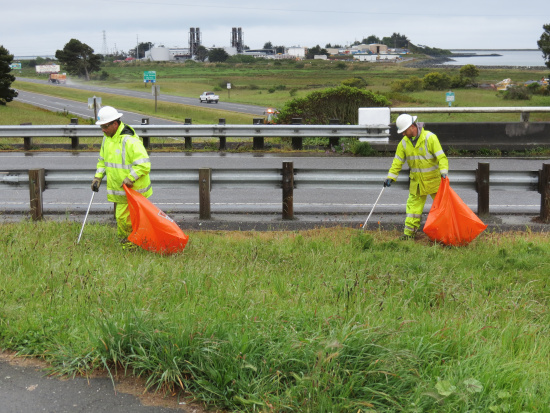 Litter is still a big problem in California. Every year Caltrans spends millions of dollars and thousands of hours picking it up. Litter is not only ugly; it can lead to pollution in our lakes, rivers, and beaches.  Cigarette butts are the number one item littered in California — they are discarded by the millions, often causing roadside fires, clogging storm drains, and threatening our water quality and wildlife. In addition, motorists face the risk of accident, injury, and death as the result of trash and other debris that falls from vehicles hauling unsecured and untarped loads.

In the 2012-13 fiscal year, AAH Program participants picked up over 133,000 bags of trash from California’s roadsides – enough to fill almost 1,200 garbage trucks.

One way the public can help is by participating in Caltrans’ Adopt-A-Highway (AAH) Program. To become a volunteer or support the program through a paid sponsorship, call 1-866-adopt-a-hwy, or go to: http://adopt-a-highway.dot.ca.gov. 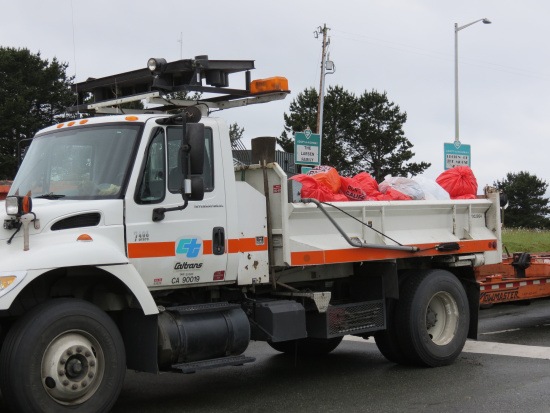 Your Week in Ocean, Part One: Cleaning Up Woodley Island Homeless Camp