UPDATE 6 p.m: Below are photos from a pilot, Larkin O’Shea, who says he originally spotted the fire and called it in around 12:30 today. 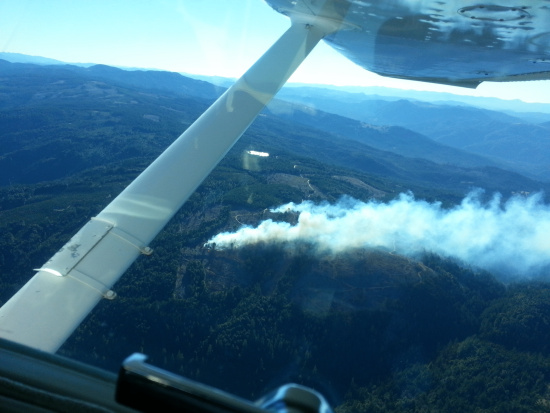 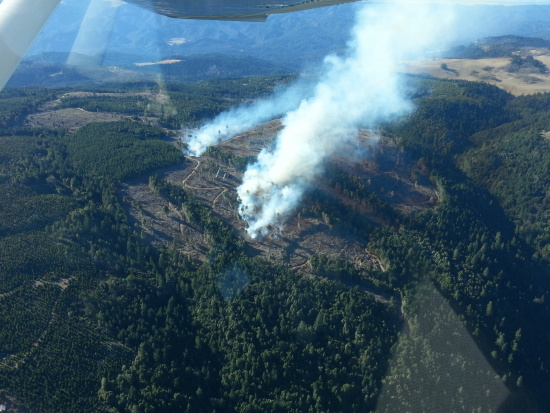 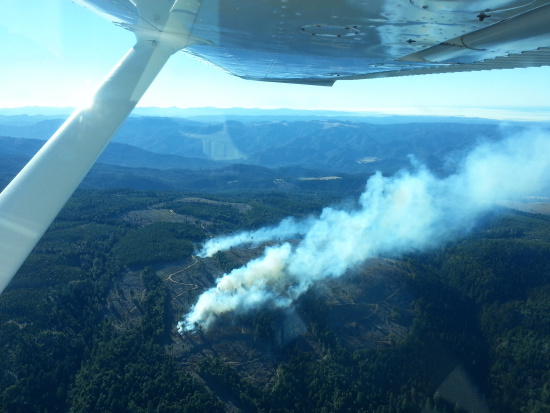 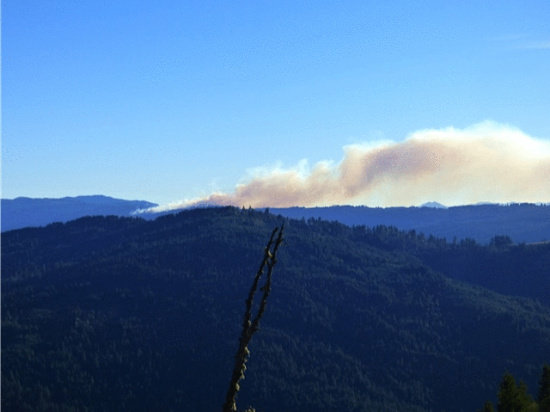 Photo of the Red Fire provided by a David Sczepanski.

UPDATE 5:07 p.m.: According to the Deputy Director of Cal Fire, Janet Upton, the Red Fire is now 100 acres and 20% containment.

UPDATE 4:35 p.m.:  The Deputy Director of Cal Fire, Janet Upton, explained that the Red Fire (which is what the Snow Camp fire is now being called) is south of Berry Summit and east west of Willow Creek.  She said that the fire began today around noon. It burned about 15 acres in timber and slash piles. There is no containment at this time.  But the fire only has a low to moderate rate of spread which is helpful.

However, the unusual weather is hindering firefighting efforts. The area of the Red Fire was 66 degrees today with the relative humidity an “extremely dry 6%.”  Typically overnight, Upton said, the moisture will go up to 50-60% which will help firefighters get control. The lower higher moisture content is not as hospitable to fire burning. However, she said, “I don’t know that that is going to happen tonight.” 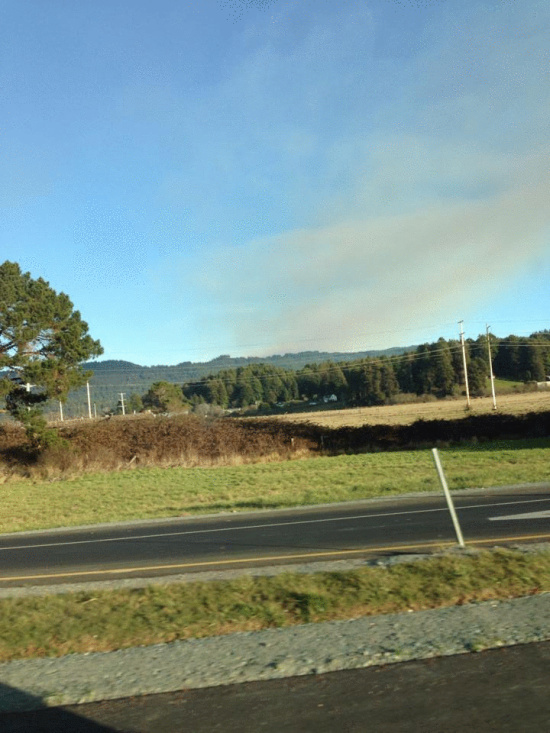 Original post: According to George Monroe of the Southern Humboldt Fire Chiefs Association, a fire has broken out at Snow Camp which is near Blue Lake.  It is now 15 acres and Cal Fire has multiple resources being brought to bear on it including air resources that are coming from the 18 acre Bridgeville fire.