« Pedestrian Struck by Vehicle on Broadway

Your Week in Ocean: Not Completely Doomed » 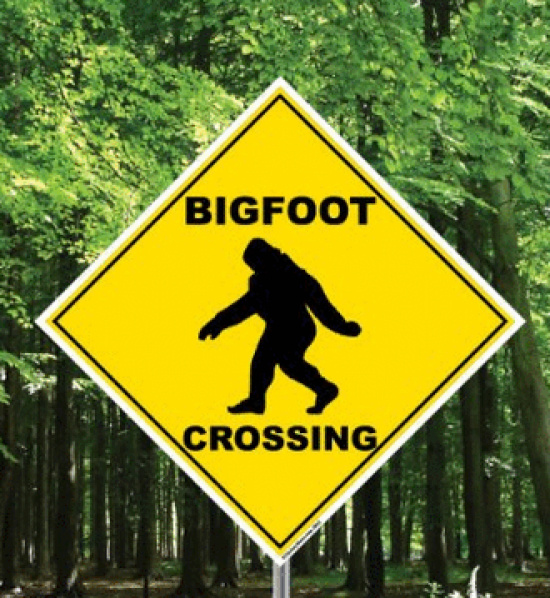 A new study that came out today in the scientific journal, Proceedings of the Royal Society B, revealed that Bigfoot hair samples collected across the world have no connection to the fabled creature but rather had their roots in common mammals. The “bear” facts are unequivocal—not one hair collected belonged to Sasquatch.

The authors of the study (led by a genetic’s professor from the University of Oxford) decided to put various hair samples collected over the years and attributed to abominable hominids to the test. They took 57 samples believed to belong to “anomalous primates” (a term used to refer to the numerous humanoid type creatures known variously as Yeti, Sasquatch, Bigfoot, Abominable Snowman, etc.) from across the world, including two from California. They then discarded all non hair after examining by macroscopic, microscopic, and infrared fluorescence. From this they selected 37 for further testing. Seven failed to yield any DNA which left 30 samples (the full results can be seen in this table here.) The bear facts are that the two samples from California were found to be Ursus Americanus, our local black bear. In fact, a large number were of bear origin. Others varied from raccoon to canine. There was even one hairy European in the sampling.

The conclusion that Sasquatch researchers are sure to find…well, abominable was that none of the hair samples gave any support to the existence of Bigfoot. The study authors pointed out,

While it is important to bear in mind that absence of evidence is not evidence of absence and this survey cannot refute the existence of anomalous primates, neither has it found any evidence in support. Rather than persisting in the view that they have been ‘rejected by science’, advocates in the cryptozoology community have more work to do in order to produce convincing evidence for anomalous primates…

Willow Creek residents and other locals relying on the Bigfoot legend are having a bad hair day. Anyone ready to comb the woods for a real Sasquatch sample and set these unbelieving city slickers aright?