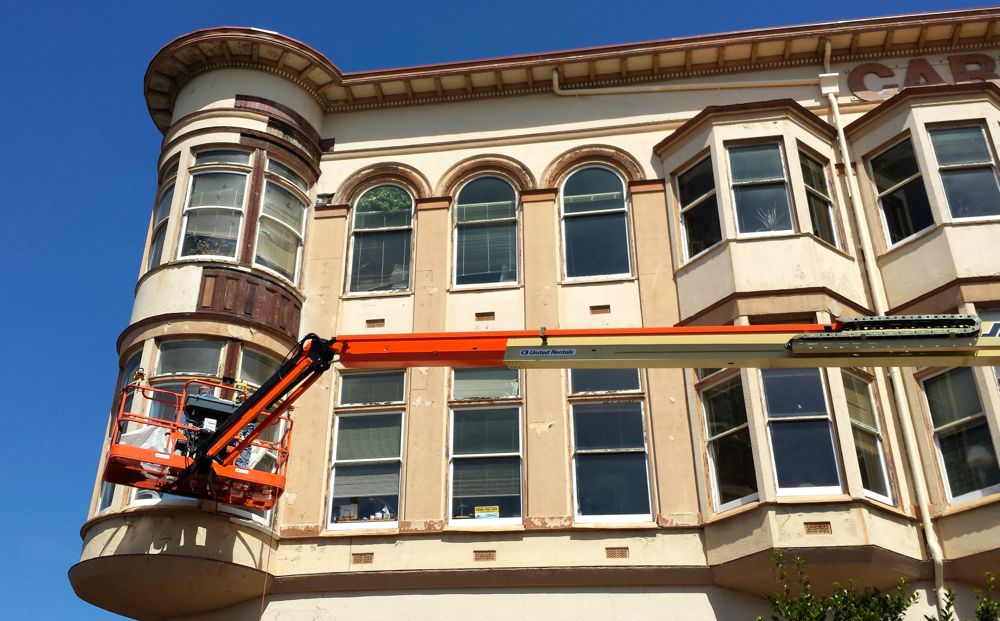 Go ahead and click the image. See what happens.

There’s some vertical archeology going on in Old Town Eureka today as work crews excavate the historical facade of the 122-year-old Carson Block Building, peeling off layers of stained and crumbling stucco to reveal the handsome brick, wood and terra cotta that’s been buried beneath. 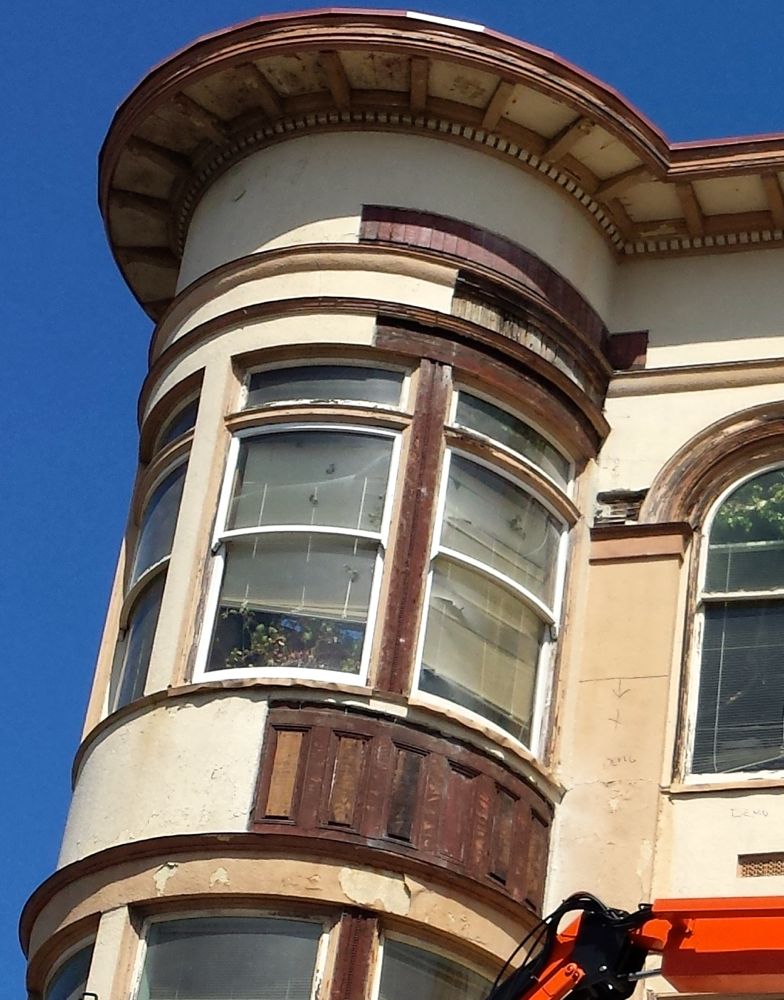 This is an early step (maybe a metaphorical chemical peel?) in an expensive facelift aimed at restoring the building’s structural integrity and historic appearance, including the reconstruction of a turret on the corner of Third and F streets.

The project is being financed in part by a $5.3 million community development block grant awarded to the city in April by the California Department of Housing and Community Development. (See here and here for more background.)

The Northern California Indian Development Council, which has owned the building since 1986, has been working for years to piece together funding for the massive restoration project. 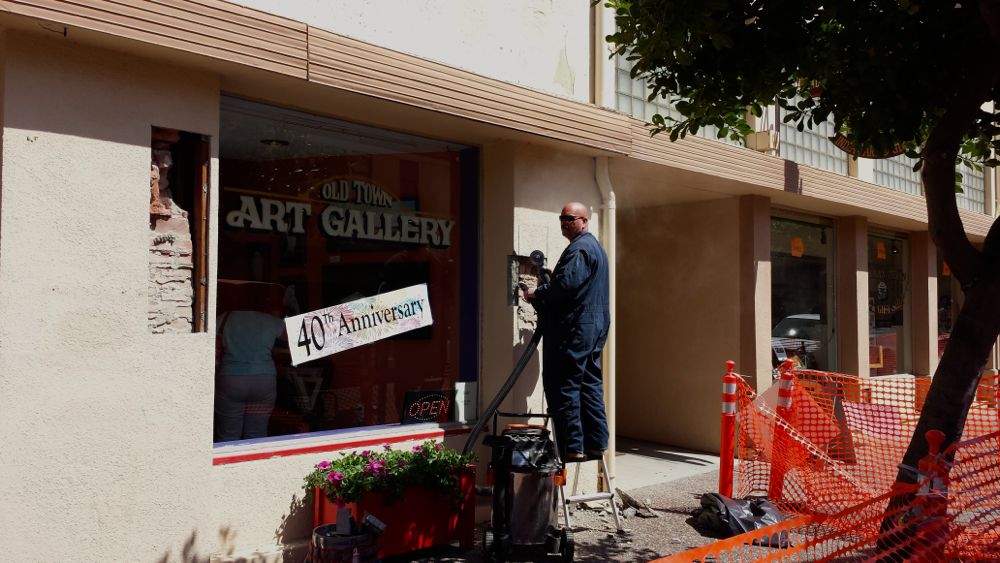 A contractor cuts through stucco on the building’s first floor.