UPDATE, 10:40 a.m.: The Eureka Police Department has issued a press release on this morning’s assault in which they name the victims:

On 06/20/14 at approximately 5:03 a.m., officers responded to a possible stabbing at an apartment building on the 2900 block of California Street. Upon arrival, officers found a male and a female with stab wounds outside the apartment building. Both victims were transported to St. Joseph’s Hospital and are in stable condition.

The male victim is Thomas Frank, 36 of Eureka and the female victim is Ruth Wortman, 28 of Fortuna. Investigators are looking into whether this was gang motivated.

No suspect information is available at this time.  Anyone with information regarding this incident is asked to call the Detective Harpham at (707) 441-4305.

On 06-20-2014 at about 0503 hours, officers responded to a possible stabbing at 2969 California Street. Upon officers arrival two stabbing victims were located outside the west exit of the apartment building. A blood trail led to an interior apartment. 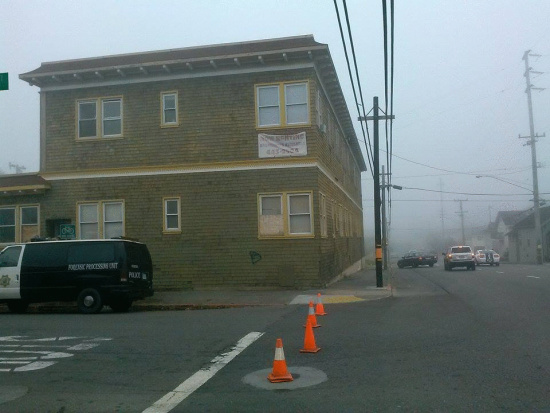 An apartment building at 2969 California Street in Eureka was taped off this morning as Eureka Police detectives and evidence technicians busily assessed what your Lost Coast Outpost is told was the scene of an assault with a deadly weapon.

Reporter Hank Sims at the scene says investigators were looking at what appear to be blood stains in the entryway to the building. Sims sends in the accompanying images and notes that the window of the New York-plated maroon Grand Caravan has been broken out. Humboldt Bay Fire later arrived and washed the blood from the sidewalk.

Eureka Police Chief Andrew Mills tells the Outpost the assault occurred in the early morning hours. Two people were stabbed — one man, one woman — and were taken to the hospital with serious injuries. According to Mills, the man’s injuries were most grave but he is now in stable condition.

LoCO will update when we know more. 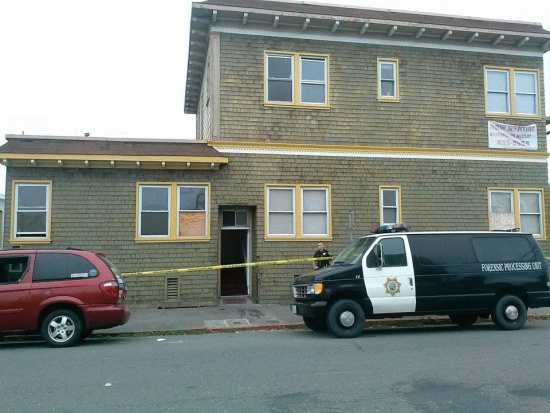 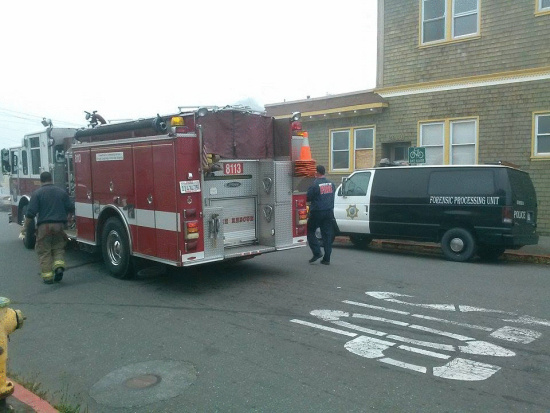