Um, Have You Seen Any Porcupines in Humboldt Lately? » 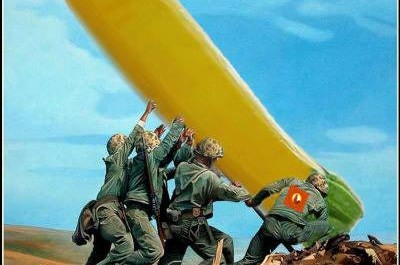 In November, local voters will decide whether or not to ban the cultivation of genetically modified organisms within county borders, thanks to the efforts of a group called GMO Free Humboldt and Tuesday’s unanimous vote by the Humboldt County Board of Supervisors to include the group’s measure on the ballot.

Now, a local skeptic of the measure has launched an online campaign to help fund a crop of genetically modified squash in protest of what he calls “harmful Internet-driven pseudoscience.”

Eureka resident Nathan Rex has ordered seeds for a transgenic variety of squash that includes a virus-resistant melon gene. This genetic modification drastically reduces the amount of pesticides necessary to protect the squash, and the veggie has been proven safe through years of scientific testing, according to Rex.

“There is no reason on this earth why these transgenic squash should be banned in Humboldt County,” he writes on his campaign’s fundraising page. Rex is trying to raise $550 to help pay for garden supplies. (As of this writing, 21 donors had contributed $420.) “If this ban passes,” the page says, “our garden will serve as a direct challenge to the law, opening up the door to sue Humboldt County for having this law on the books.”

In an interview with the Outpost, Rex said he doesn’t really have the money to sue the county, though if someone else wanted to he wouldn’t stand in their way. He believes the entire anti-GMO movement is based on sensationalist pseudoscience.

GMO Free Humboldt argues that the pollen from transgenic plants travels on the wind, threatening to “irreversibly contaminate non-GMO organisms on other people’s properties.” This contamination, the group says, could jeopardize the livelihoods of local organic farmers by causing them to lose their organic certification.

“The idea of ‘genetic contamination’ is imaginary and a matter of semantics,” he said. Farmers have been growing different crops side-by-side since long before GMOs were introduced, and trace amounts of co-mingling seed and pollen are not a safety issue, he said. Plus, he pointed out, the USDA will not revoke a farmer’s organic certification even if his or her crop gets somehow “contaminated” with GMOs, as long as the farmer has followed the required organic standards and practices.

The USDA reaffirmed as much in this 2011 policy memorandum. Indeed, no organically certified farm has lost its U.S. Department of Agriculture certification because of the presence of biotech plant material.

Proponents of the GMO ban say it will boost the county’s economy by giving local farmers a branding advantage in the expanding organic market, but Rex argues that GMOs are actually better for the environment.

“I am pro-biotech because I am an environmentalist,” he said. GM crops have drastically reduced both the amount and the toxicity of pesticides used on U.S. land, he said, and their potential for increased yields can help feed the planet’s growing population.

The squash seeds for his garden are being donated by biotech seed company Seminis, which has agreed to waive the licensing fee in exchange for Rex’s promise not to sell his crop.

Rex recognizes that the GMO issue elicits strong feelings, so he asked the Outpost to mention that he won’t be planting this garden at his own house. He plans to set it up in a secure, private location.

Under the language of the anti-GMO ordinance, Rex’s crops would be considered a public nuisance, and after a one-year grace period the Humboldt County Agricultural Commissioner would have the authority to order them removed or destroyed. Rex believes the ordinance, which he expects will pass, would itself be illegal, and he’s willing to get his fingers dirty to challenge it.