Your Week in Ocean: “It Was The Worst Thing I’ve Ever Seen” »

UPDATE, 4:49 p.m.: Well, then. According to the EPD today’s manhunt was all for naught. There never was an active shooter. Captain Steve Watson spoke to the Times-Standard earlier this afternoon saying his department has determined that today’s victim was shot after a shotgun he was handed while inside his tent accidentally fired. For whatever reason, police initially received a different story from the man before he was whisked away to the hospital.

UPDATE, 1:10 p.m.: EPD Captain Steve Watson provided LoCO with a summation of where they’re at with today’s investigation:

UPDATE, 12:30 p.m.: The EPD has located a weapon they believe was used in the crime — a shotgun. EPD Sergeant Gary Whitmer tells the Outpost that the weapon was located in a homeless encampment just south of the foot of Del Norte Street.

Whitmer said that police have been interviewing people at the camp. Most, he said, have been uncooperative.

UPDATE, 11:07 a.m.:The Eureka Police Department, with help from the California Highway Patrol, has set up a perimeter around the Marsh. Now they’re combing through it and identifying everyone they find. 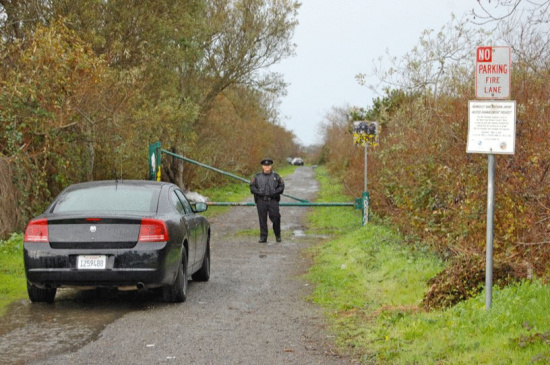 UPDATE, 10:17 a.m.: The victim was shot in the leg, says our reporter at the scene. Law enforcement is combing the area for a possible suspect. 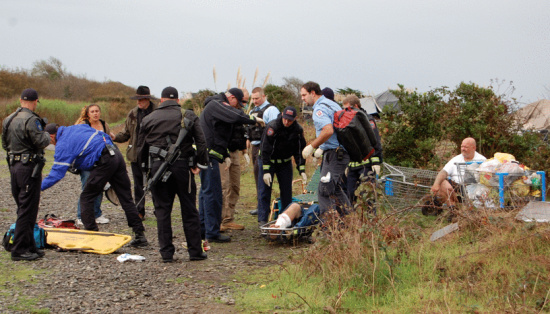 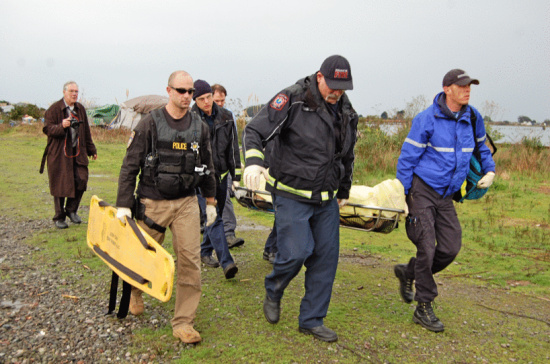 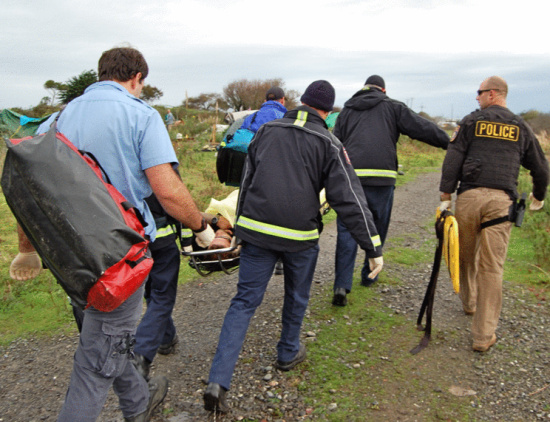 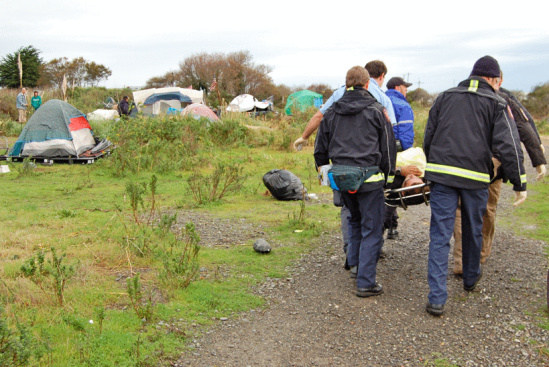 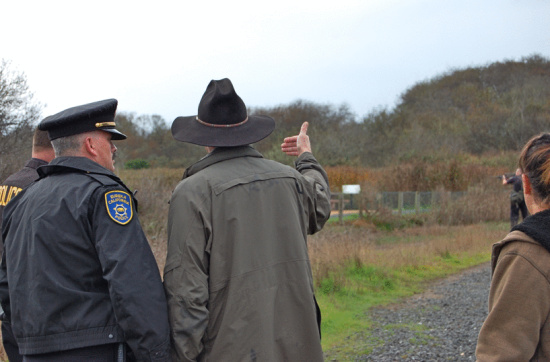 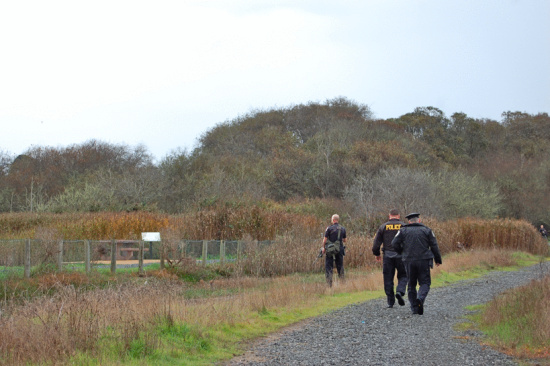 Original Post: Eureka emergency services are currently staged at the foot of Del Norte Street, responding to reports of gunfire. One victim has been located and medical personnel are heading down the trail from Del Norte to treat him.

An EPD officer tells the Outpost’s Andrew Goff that no suspect has been located, and scanner traffic indicates that police have not yet located any eyewitnesses who might identify a shooter