Does God Bless Counties That ‘Trust’ in Him? A Statistical Analysis 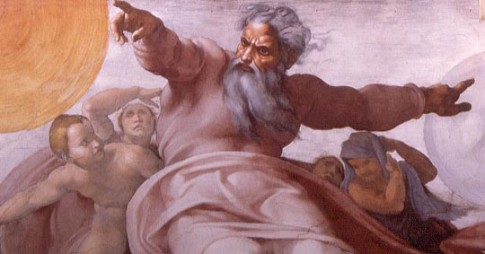 So Supervisor Rex Bohn has now abandoned his momentary effort to get the words “In God We Trust” emblazoned onto the walls of the chambers of the Humboldt County Board of Supervisors.

What was that all about? As has been widely reported, Bohn’s effort was part of nationwide movement spearheaded by a nonprofit group called “In God We Trust – America Inc.,” which was founded by a God-fearing former councilmember from the city of Bakersfield. The group’s mission statement reads, “[t]he goal of this mission is to keep God’s name in America, and acknowledge and affirm the role that faith in God plays in the public lives of the citizens in this country, and in the core values of our nation.”

According to the group’s literature, 396 local and state governments have gotten on board with this, and have festooned their meeting rooms with the holy slogan.

The first message such actions send is that the public body in question  views the establishment clause of the First Amendment to the United States Constitution with disdain. But what other messages do they send? What kind of county adopts such a resolution, thereby forevermore signaling that The Almighty guides the proceedings … and also, by implication, signs off on the decisions made by the board?

An answer is available to us. The kind of county that adopts this resolution is poor, uneducated and overwhelmingly white.

In God We Trust – America, Inc. helpfully posts a document listing the 396 jurisdictions who have passed the resolution. Of these, 77 are county governments. What would we find if we considered these 77 counties as a nation of their own? What would such a nation look like?

The United States as a whole has nearly twice as many college graduates as high school dropouts. Grads still outnumber dropouts in the counties that have signed on to the “In God We Trust” mission, but it’s a much closer proposition.

God Country residents fail to complete both high school and college at dramatically higher rates than the country at large.

The counties that have adopted “In God We Trust” have lower median incomes, higher rates of unemployment and higher poverty rates than the country as a whole. Perhaps that’s why people tend to move away from them. God Country had a net loss of 3,774 citizens to internal (U.S.) migration between July 2011 and July 2012.

Finally, it should go without saying that “In God We Trust” counties are massively less diverse than the United States of America.

Source: Annual Estimates of the Resident Population by Sex, Race, and Hispanic Origin for the United States, States, and Counties: April 1, 2010 to July 1, 2012

If you’d like to check my work, here’s a JSON file containing the data compiled from the various sources above.