Again: All the Emergency Personnel at the Jail This Morning? That’s a Drill » 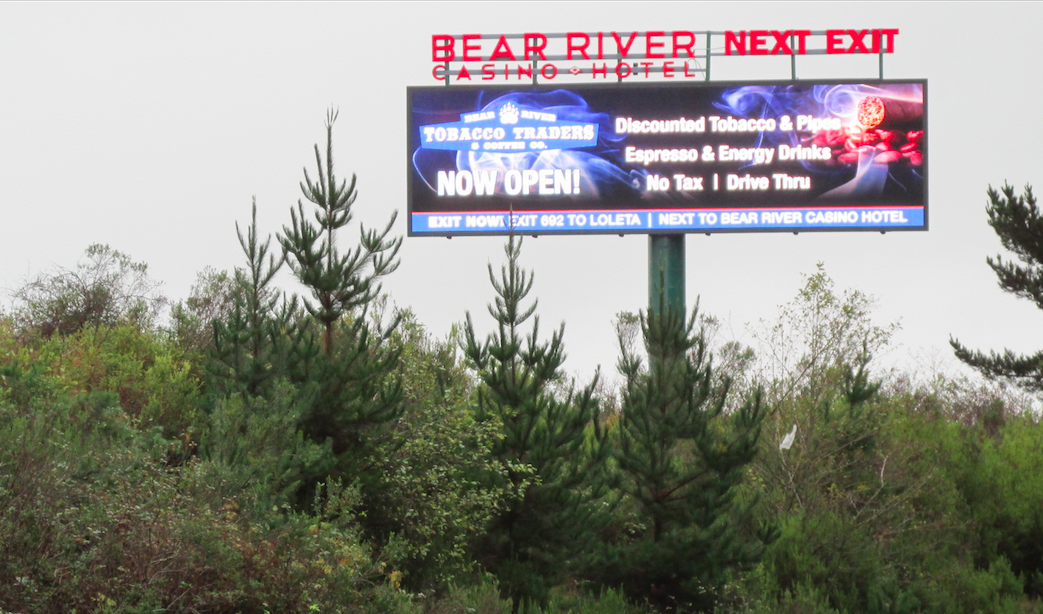 The California Highway Patrol has launched an investigation into the recent removal of trees and brush near Bear River Casino’s new electronic billboard on Hwy. 101. State officials say the vegetation was removed to improve visibility of the sign, despite the fact that a permit for the work had been denied.

Late last month, according to emails obtained by the Outpost through a California Public Records Act request, local officials with the California Department of Transportation (Caltrans) asked the CHP to launch a formal investigation after discovering that trees and bushes had been removed near the base of the electronic sign, which lies within the agency’s right of way.

Geoff Wills, CEO of Allpoints Signs, had submitted a visibility improvement request with Caltrans in early August, but after several weeks of bureaucratic back-and-forth on the matter, the state agency denied the application. Explaining the agency’s concerns in an August 19 email, Caltrans Landscape Specialist Domenic Bongio said, “Removal of this vegetation will remove a screen (visual and noise) to at least one house on the adjacent Bear River property. The single‐family residence will be able to have direct view of the passing vehicles.”

Furthermore, Caltrans generally does not allow existing vegetation to be cut down to improve visibility for a new billboard. And besides, as several emails noted, agency headquarters decreed earlier this year that all visibility improvement requests should be denied due to the state’s severe drought.

And yet some of the vegetation was chopped down anyway. 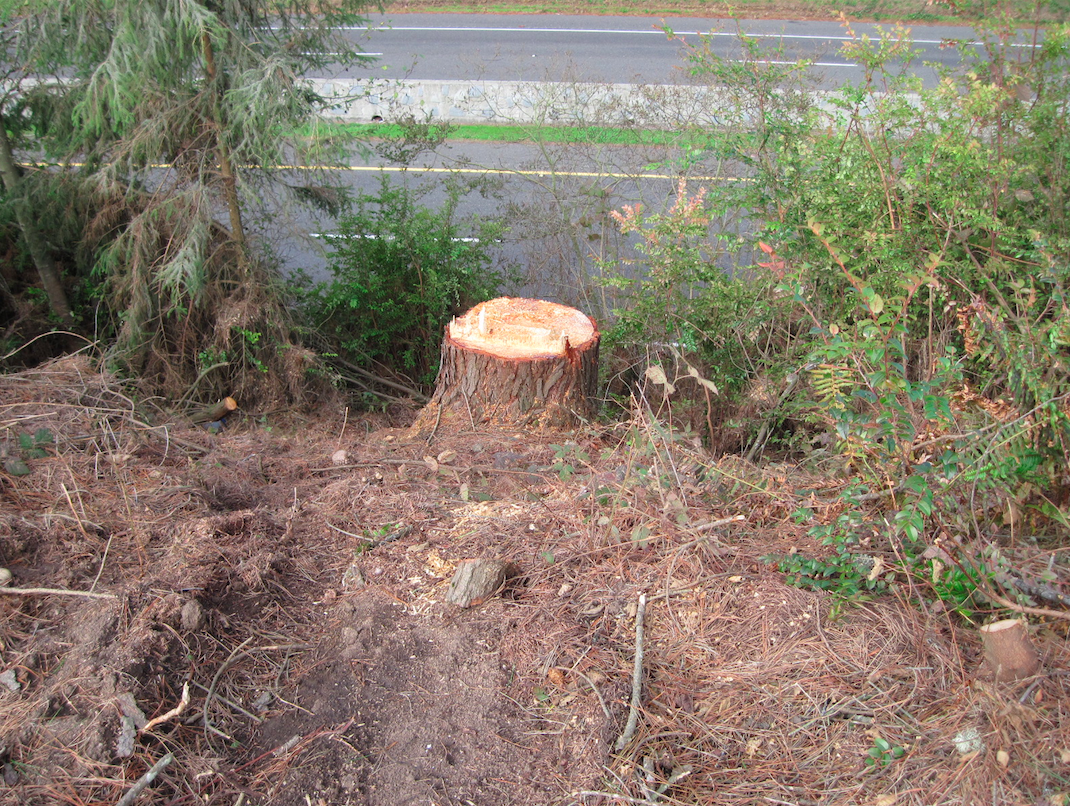 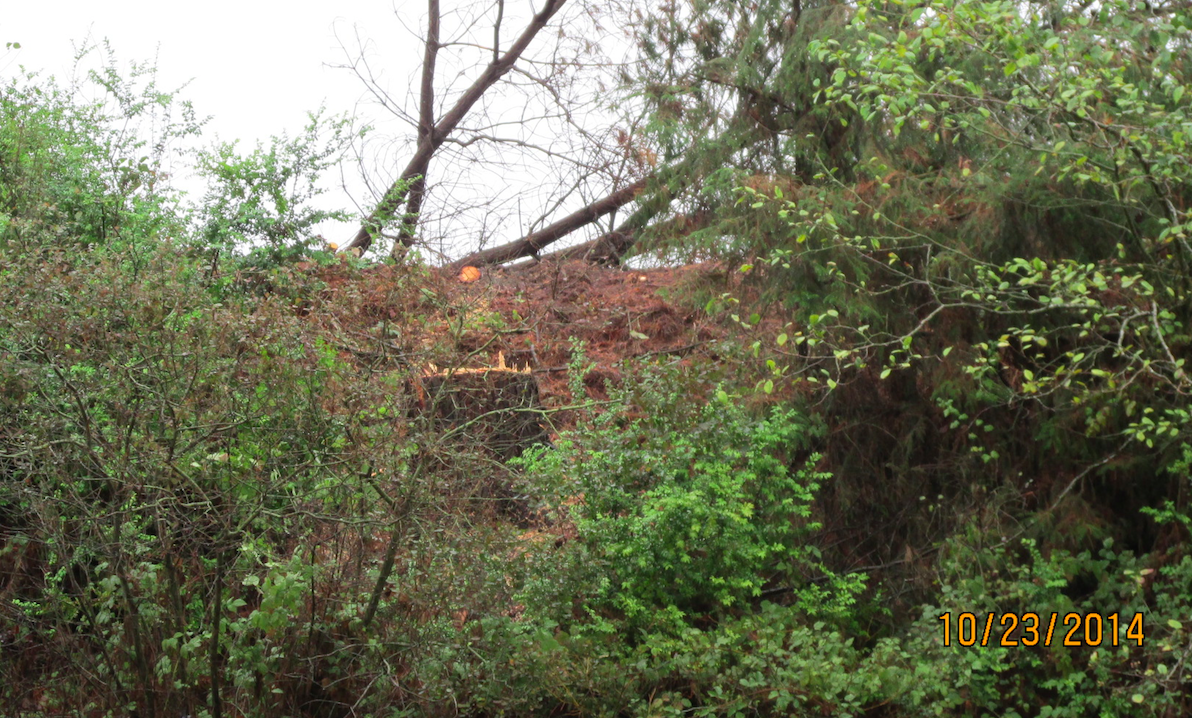 Above: Photos taken by Caltrans employees documenting the vegetation removal.

Reached today by phone, Allpoints Signs CEO Wills said he didn’t know anything about the vegetation being cut down. “My deal with the tribe was to put up the sign,” he said. As for the visibility improvement request, Wills said, “I was just submitting that for the tribe as a favor.”

Even if the application had been approved, Wills said, neither he nor his employees would have been the ones to do the vegetation work. When the sign was erected — between Oct. 13 and Oct. 16 — the foliage had not yet been cleared, he said.

Matthew Mattson, executive director of tribal government operations for the Bear River Band of Rohnerville Rancheria, said he doesn’t know who cut down the vegetation either. “I don’t know anything about it,” he said via phone this afternoon. When told that the CHP has launched an investigation, Mattson said, “We’ll have to look into that. We’ll certainly cooperate with any investigation.”

Mattson also noted that the tribe has been conducting clearing in the area for other projects, including ponds and a multi-family housing development. 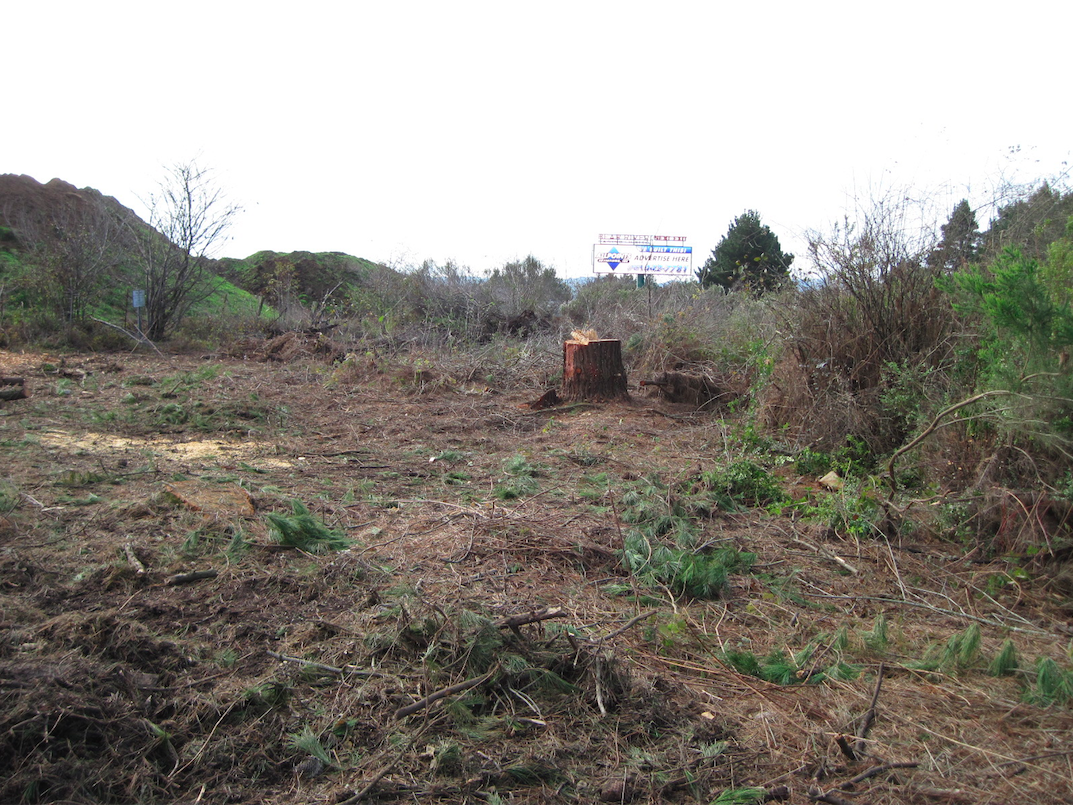 Another photo taken by Caltrans investigators showing clearing, with the billboard in the background.

In an email reporting the action to the CHP, Caltrans Landscape Specialist Domenic Bongio described what he found on the scene, up the hill from the northbound lane of Hwy. 101 near the Fernbridge exit. “The trees were felled towards the Bear River ownership, and were also pulled up the slope and stored on Bear River ownership,” he wrote. Bongio also noted “very large mounds of soil” perched on the slope, posing a risk of hazardous runoff onto the northbound lanes of freeway traffic or contamination of state waters.

Caltrans officials also expressed concern that the project might lie in the state’s coastal zone and thus require approval from the California Coastal Commission. The foliage in the area included fruit trees, Douglas fir trees, pine saplings, an alder tree, cascara brush, monkey flower brush and more, according to Caltrans.

In an Oct. 23 internal email, Caltrans District 1 Permit Chief James Van Bonn said that trees within the agency’s right of way had been “illegally and willfully cut down without a valid encroachment permit.” He noted that, “The law allows the State to recover, in a court of law, a penalty of $1,000 for each shrub and $10,000 for each tree” — plus expenses including attorney and expert fees incurred in enforcing the action. “Triple damages can be awarded when the wrongdoer acted maliciously or willfully,” Van Bonn noted.

Matt Harvey, a spokesman for the CHP, confirmed today that his agency is “in the beginning stages” of investigating. If the agency finds that any violations have occurred, he said, the public will be notified.