LIVE: The Eureka Police Department Press Conference on the Shooting of Tommy McClain »

Happy Sharktober! Here is a gratuitous shark vs shark video for your viewing pleasure:

While sharks may still be a natural threat to other sea life, one particular unnatural ocean inhabitant won’t be – at least not as much, not off the California coast.

As you may have heard, Governor Brown signed Senate Bill 270, effectively shifting Californians away from using single-use plastic bags and toward more sustainable options. The switch isn’t immediate: large stores have until July, 2015 and small business have until July, 2016. Further, produce bags, restaurant to-go bags and bags to protect newspapers from rain will all still remain available. If your local liquor store requires you to bag your booze, and you don’t have your own, you might have to pay 10 cents for a paper or reusable bag, which is the same rule you’ll eventually find at groceries stores.

Of course, many Humboldt grocers opted out of plastic bags years ago, some offering boxes as an alternative. Regular patrons of those stores seem to be doing just fine transporting their groceries, but for those of you concerned about the change, here’s some tips:

Chico (and similar) bags are helpful for those who tend to forget to bring reusables because they fold right up and are easy to clip onto a purse or backpack.

If you forget your bag and don’t want to pay the 10 cents per paper, just chuck everything back in the car, toss it the trunk of your car, then grab your bags or boxes to unload efficiently at home.

Wondering how you’ll line your trash cans or clean up your dog poop now? You’ll still have all the aforementioned types of bags, plus bread bags, tortilla bags, etc. – banning the standard plastic grocery bags is one effort towards reducing waste and litter, but hardly a comprehensive elimination.

Like many other policy changes, SB 270 seeks to solve what’s been a growing environmental and economic problem. Californians (and all humans) have a right to clean beaches, a healthy ocean and directing our tax dollars toward issues other than cleaning up other people’s trash. The plastic bag industry is not entitled to continue imperiling those rights. This change puts citizens first.

Over 100 cities, counties and districts in California had already banned bags. Many other cities in the U.S. have as well. So have other countries. It’s been working out just fine. If you have a specific question not addressed here, please send me an email at jsavage@yournec.org.

…at the last minute, just before reaching the point of no return, three massive waves appeared, breaking just 10 feet ahead of me. I looked at the clouds of white seawater rising up into the sky, the roaring of the waves crashing and suddenly it became clear to me that there was no way my feet would be touching sand this evening…

The success of the 2010 unified proposal for the North Coast Marine Protected Area was proven when it was officially adopted by the California Fish & Game Commission in 2012, but that was not the end of MPA-based team efforts. The MPA Collaborative Implementation Project hosts a stakeholder meeting today at the Humboldt Bay Aquatic Center from 3 to 5 p.m. to review Humboldt County’s MPA resources and activities surrounding enforcement, outreach and monitoring. Ultimately the group will receive $10,000 toward initial collaborative implementation projects. 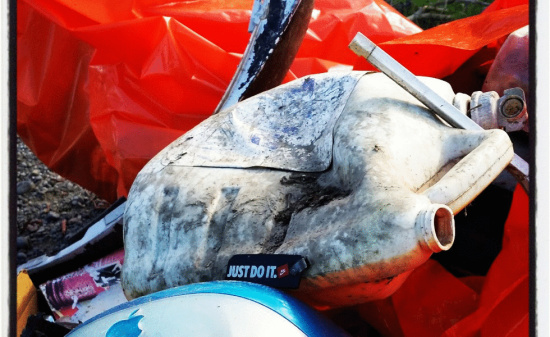