« When Problems Strike Marijuana Gardens, Do Growers Stay With Organic Solutions or Do They Turn Elsewhere?

Vehicle Fire by Table Bluff Spread Into the Dunes Before Being Contained. » 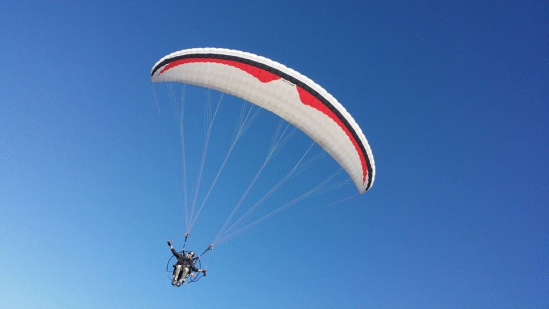 The paraglider not long before he went down. [See more of Hadyn Verboon-best’s photography here. Click on this photo to enlarge.]

Previously, witnesses reported that two large paragliders been flying low. Apparently, they both landed and were attempting takeoff again when, as one flyer was attempting to start the large fan that powers the paraglider, the sail escaped and shorted out power to the area. Samoa Fire Department responded. The roads were closed and PG&E had to be called to restore electricity. However, there were no injuries. 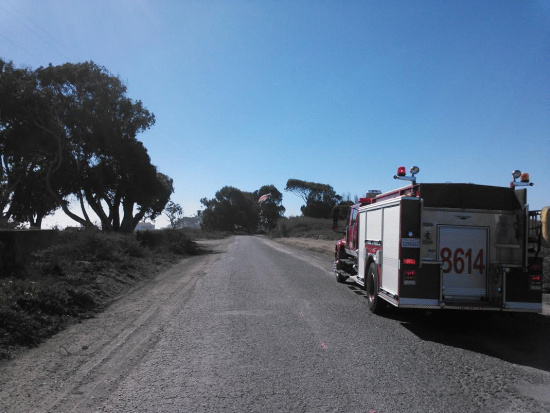 Past the fire engine, a paraglider “wing” is caught on electrical wire. [Photo provided by Samoa Fire Chief Dale Unea.]