Here’s Why You Should Vote Against Measure P, Even If You Hate GMOs 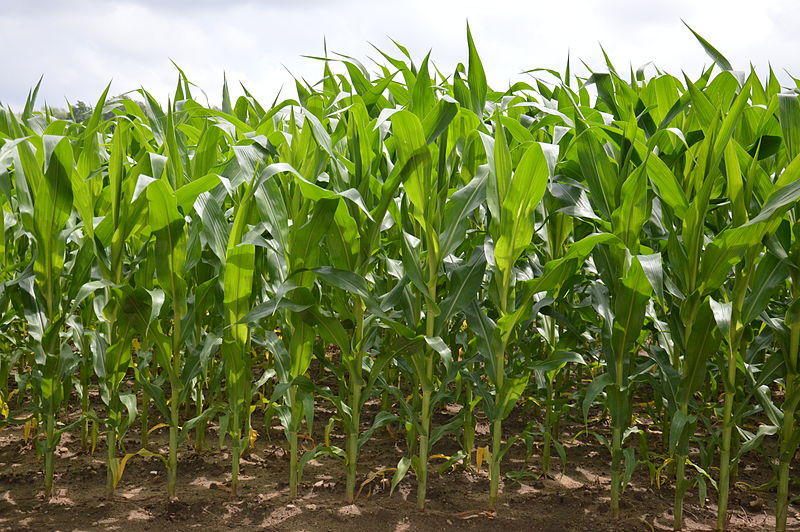 Even if you are against the use of GMOs (genetically modified organisms), you shouldn’t support Measure P because the wording of the measure is very problematic. It is so flawed that it would exempt Roundup Ready corn and alfalfa from the ban, even though these are the GMOs most likely to be grown in Humboldt County in the near term. Meanwhile, the measure would ban hundreds of non-GMO varieties, some of which would be difficult for farmers to identify before planting. Farmers who have grown non-GMO varieties may find out mid-season that some of the crops they’ve been growing for years are prohibited.

Most people think of GMOs as being transgenic organisms, that is, organisms in which one or a small number of genes from an unrelated organism have been inserted using a variety of laboratory techniques. However, that is not how Measure P defines it. Measure P states:

“Genetic engineering” means altering or amending the genetic material of an organism through the application of: (a) in vitro nucleic acid techniques, which include but are not limited to recombinant DNA techniques, direct injection of nucleic acids into cells or organelles, encapsulation, gene deletion and doubling; or (b) methods of fusing cells beyond the taxonomic family that overcome natural physiological reproductive or recombinant barriers, and that are not techniques used in traditional breeding and selection such as conjugation, transduction and hybridization.

Do you know what is meant by gene doubling, cell fusion, conjugation and transduction? It isn’t clear that the original authors of that statement did either, when they wrote it in 1995 as the first attempt at USDA definitions of organic production methods.

Similarly, it isn’t clear that the authors of Measure P fully understood either, when they cut-and-pasted the wording. What is clear is that in the intervening 20 years the USDA has realized that the definition doesn’t work. For example, let’s look at gene doubling, a forbidden process. Gene doubling involves artificially inducing a pollen cell (a reproductive cell with one copy of each gene instead of two) to replicate its DNA without cell division to get it to turn diploid (two copies of each gene). The resulting diploid plant has two identical copies of every gene, so it is true-breeding for the traits it expresses. The result is laboratory manipulated, but not even vaguely transgenic.

The National Organic Production standards were based on an ethical position that laboratory manipulation of living things is unethical (an ethical position that I, as a biologist, and a person who is alive today because of modern medicine based on laboratory science, don’t share). But they apparently didn’t realize at the time that gene doubling had been used widely, as well as another technique called cell fusion, and that many of the varieties of tomatoes, corn, cauliflower, Brussels sprouts, broccoli, barley, etc., including many cultivars grown by certified USDA organic farms, had been produced using these techniques, or were derived from parental strains produced through these techniques.

The USDA is now in the process of rewriting the definition and has had meetings over the last two years to try to figure out a better definition.  In their meeting notes, they state:

There are hundreds of plant varieties, particularly in the Brassica family [Brassica includes rutabagas, turnips, collard greens, cabbages, Brussels sprouts, mustard seed, rapeseed, cauliflower and broccoli, as well as a number of ornamental varieties] that have been developed using this technique [cell fusion]… . According to plant breeding literature, cell fusion techniques have been used for many years to confer traits of disease- and pest-resistance in other crops including tomatoes, potatoes, rice, citrus and tobacco. Specific identification of crop varieties that have been produced using cell fusion techniques is not always known, and it may be difficult for producers or seed handlers to identify all varieties that may have had some traits incorporated using a cell fusion technique at some point in their breeding history.

Exploring this issue has brought to the attention of the subcommittee that engineered genetic manipulation of plant breeding materials has already occurred in many of the crop varieties that are currently being used in organic farming. A partial list: Disease-resistant tomatoes (embryo rescue to introduce resistance genes); wheat and barley (double haploid technology using wheat and corn crosses along with embryo rescue and colchicine gene doubling); hybrid corn parent lines (double haploid to get homozygosity in 1 generation); Seedless tangerines and mandarins (mutations through irradiation); Brassica hybrids (cell fusion from radish traits).

Many of these techniques that were used in initial crosses that have now passed down through many generations may not be traceable any longer. There are also many new varieties in development that will strongly challenge any definitions or regulatory scheme. Without a revised definition and some guiding principles to use for past and future determinations about excluded methods, there may not be effective ways to regulate either past or future techniques and their products.

Because the authors of Measure P used the flawed wording that the USDA is in the process of revising, that flawed wording would be codified into county law. Based on the USDA comments, it seems likely that many local farmers are growing crops that somewhere in their history underwent gene doubling, or cell fusion. The farmers who planted these crops are almost certainly unaware of their breeding histories.

What would happen if one of the massive GMO corporations (which have been conspicuously silent), or even just a mischievous student, stepped in, not to challenge the Measure P definitions but to force the county to actually follow the letter of the law? Farmers would have 30 days to destroy crops that they had planted in good faith, and more importantly crops that there is no rational reason to think are somehow dangerous. A major disruption to our local farmers is possible.

The situation is actually worse, because not only does the measure ban gene doubling and cell fusion, it exempts conjugation. Conjugation is a means of introducing transgenes into a recipient, for example using a technique called Agrobacterium-mediated gene transfer. Many varieties of Roundup Ready corn and alfalfa have been produced with this technique.

That’s right - the poor wording of the measure bans non-transgenic varieties but exempts a large set of actual transgenic GMOs because they were created using conjugation. And the measure exempts human medicine but not animal medicine, so many common vaccines that are based on recombinant live canarypox vectors would be banned. Probably not the authors’ and supporters’ intent, I would guess.

Many GMOs are being developed that will be helpful to the farmer and beneficial to the consumer, and in a changing world filled with the environmental vagaries associated with a huge human population, it seems unwise to be banning future technologies. By contributing to a climate of suspicion around GMOs we may also be contributing to problems faced by populations with food insecurities. But even if you don’t support the use of GMOs you shouldn’t support the flawed language of Measure P - it certainly doesn’t support local farmers.

Mark Wilson is a biology professor at HSU. He is an environmental microbiologist interested in genome evolution and natural horizontal gene transfer and has no ties to agricultural biotechnology. He lives in Eureka.