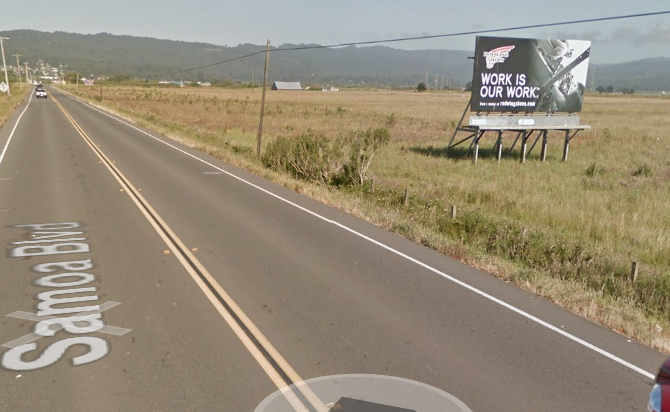 Billboards around Humboldt Bay are dropping like flies. Two more have now been felled — the ones you saw on your way into Arcata from Manila on State Route 255/Samoa Blvd. They disappeared sometime in the last few days with no notice or public explanation. But unlike the first, second and third ones chopped down, these demolitions were not the work of vandals.

According to Caltrans spokesman Eli Rohl, the parcels that hosted these two ad planks were recently acquired by Caltrans for environmental mitigation purposes. The previous, private landowner had leased the billboards to advertisers, but the leases had expired. So sign owner CBS Outdoor had workers come out and remove them, Rohl said. A call to CBS Outdoor was not immediately returned.

So, two more billboards bite the dust. That still leaves a string of them along the “safety corridor” between Arcata and Eureka — a string that the Coastal Commission has ordered removed “to the extent feasible” as a condition of approval for the proposed safety improvement project on the corridor.

As Caltrans officials explained earlier this year, it’s no mean feat figuring out property ownership around the Bay. A Caltrans engineer is just now finalizing a survey, which will next be reviewed by neighboring landowner agency the California U.S. Department of Fish & Wildlife, Rohl said.

The confusion is thanks in part to the relatively primitive survey methods used back in the 19th century, Rohl said in an earlier interview. Back in the day, surveyors for the U.S. Geological Survey were unable to drop permanent markers (rocks? fenceposts? phonograph horns?) into the wetlands of the Bay, leaving a legacy of confusion for future bureaucrats. Caltrans may believe the line is here while California U.S. Fish & Wildlife may say it’s over there.

The pursuit of government harmony plods forward, and in the meantime Humboldt travelers can enjoy a slightly better view of Humboldt Bay. 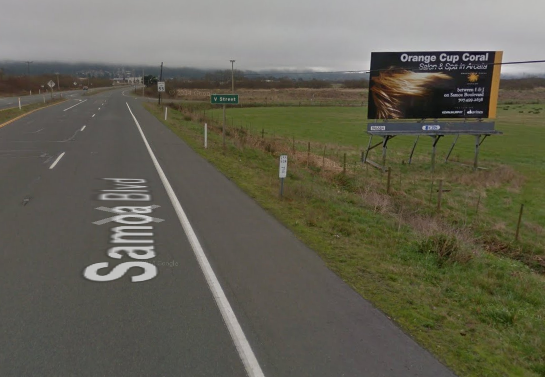