« Rain’s Coming: Are You Prepared? 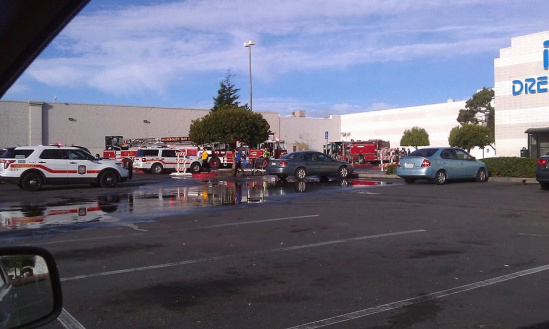 Just before 8:00 a.m. today Humboldt Bay Fire responded a single engine to a reported fire alarm activation at the Bayshore Mall at 3300 Broadway. Upon arrival fire personnel reported water flowing from the front doors of one of the stores at the mall. Mall security also indicated there was smoke in the structure. The on-scene Fire Captain upgraded the response to a full structure response of three engine companies, a truck company and three Chief Officers.

The cause of the fire is under investigation but appears to be accidental at this time. The Bayshore Mall is open with no interruption to service. This incident demonstrates the importance of fire protection and notification systems. Without the systems in place, this fire could have been devastating to the businesses in the mall and community as a whole.