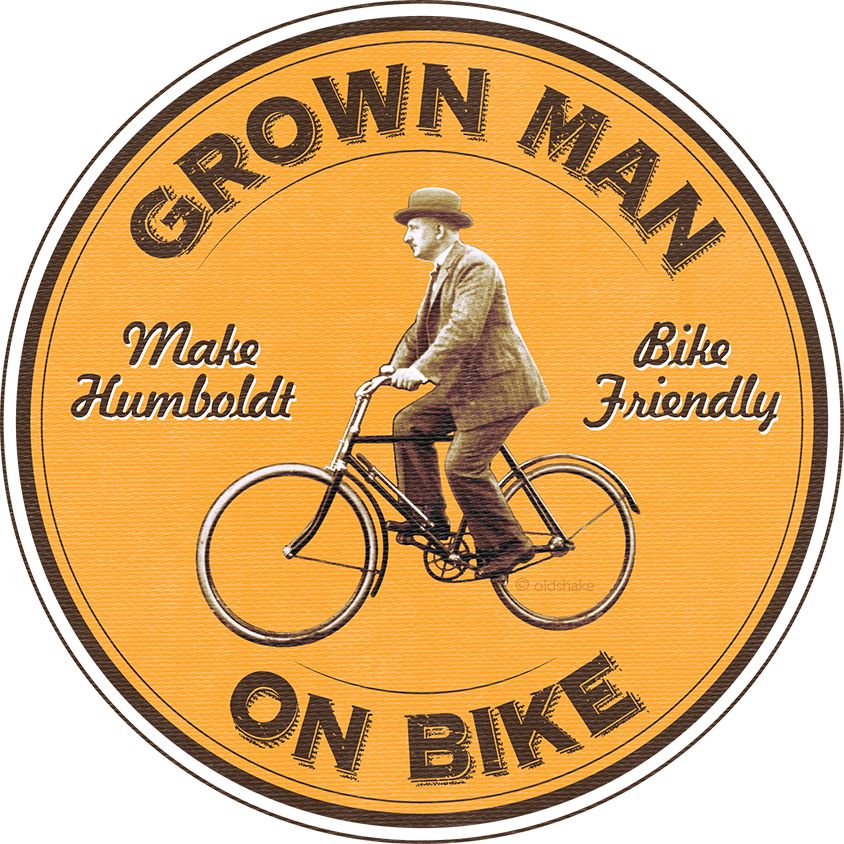 Eureka’s Transportation Safety Commission this afternoon unanimously approved a bicycle safety ordinance that would ban riding on the sidewalk in most of the city and give police more power to detain bike-riding suspects. The ordinance will now head to the Eureka City Council with a recommendation for approval.

The measure has been rather extensively revised from previous drafts after area cyclists voiced objections, saying it was unnecessary and profiled law-abiding bike riders. The draft approved today by the Transportation Safety Commission (available in pdf form here) shows numerous strike-throughs and other edits that reflect a collaborative effort between Eureka Police Chief Andy Mills and local cyclers.

Mills told the Outpost in an interview yesterday that he started pursuing this ordinance last year with two goals in mind: correcting social disorder and preventing burglaries.

The specific “social disorder” Mills hopes to correct, he said, is “the chaos you see in Eureka” — e.g, cyclists who run stop signs, pedal the wrong way down one-way streets, careen across Broadway at obtuse angles, etc.

As for burglary prevention, Mills said it’s common for Eureka’s criminals to roll through neighborhoods on stolen bikes, often wearing backpacks and smoking cigarettes, looking for things to steal. In the past two weeks, he said, surveillance cameras in the city have captured several rolling burglars breaking into cars.

“If you have probable cause to stop them, it makes it easier to do enforcement,” Mills said. The ordinance’s ban on sidewalk riding could lay the groundwork for that probable cause.

Rick Knapp, president of the Humboldt Bay Bicycle Commuters Association, isn’t entirely convinced that an ordinance is necessary to tackle these problems. With bike-mounted criminals, he said, “All you have to do is watch these people for about 20 seconds and you’ll see them violating one or more [existing] laws,” like running stop signs or riding on sidewalks downtown or in Old Town, where that’s already prohibited.

Knapp and other cycling enthusiasts had numerous other concerns about early drafts of the ordinance, and they shared those concerns with the Transportation Safety Commission. Among other things, cyclists pointed out that in California, cities have the right to regulate activity on sidewalks, but the state vehicle code governs roadways. Therefore, early drafts attempting lay down new laws in the roadway were illegal, according to Knapp.

Moreover, the cyclists felt the ordinance was generally discriminatory toward cyclists, and they don’t care for the unofficial acronym GMOB — for “grown men on bikes” — that has been adopted by local business owners and repeated by Chief Mills as a shorthand for the city’s suspicious characters on wheels.

“I’m a grown man on a bike,” Knapp protested. “There’s this inference: If you see a grown man on bike he’s a criminal. That kind of characterization is bothersome.” His wife came up with an alternative: “COB,” for “Criminal On a Bike.” KHUM’s Mike Dronkers, another grown man known to ride a bike, suggested “Suspect On a Bike,” with the corresponding acronym. (Local artist Zeke Smith created the logo above in an effort to reclaim GMOB pride.)

Eventually the Humboldt Bay Bicycle Commuters Association invited Eureka City Councilmember Kim Bergel to attend a meeting where members expressed their concerns in more detail. Bergel passed those concerns on to the city manager and to Chief Mills. Mills, in turn, invited Knapp to meet with him and city staff members to discuss the cycling community’s objections.

“They had, in my opinion, some very valid points,” Mills said yesterday.

He and Knapp went through the draft line by line.

“We modified it and came up with something that I personally could support,” Knapp said.

What was changed? The old draft defined the geographical boundaries of downtown and Henderson Center in ways virtually no one could remember. Henderson Center, for example, was “Bounded on the south by a line parallel with Harris Street and lying 180 feet southerly of the southerly line thereof.”

Mills now admits that section badly needed changing. “I can’t expect a police officer to memorize which block in the city you can or can’t ride a bike on, and I can’t expect a citizen to do the same thing. It was virtually impossible for anybody.”

The latest draft largely eschews such map-dependent descriptions, instead issuing this blanket decree:

“It shall be unlawful to ride a bicycle on the sidewalk within the City of Eureka where there is a commercial, educational or religious establishment located on that block.”

Those are the blocks that tend to have pedestrians on the sidewalks, Mills said. There are a few exceptions to the rule. This law wouldn’t apply to kids 14 or younger, for example, or any adults accompanying them. Broadway between Fourth and Wabash streets is also exempt, since there’s essentially zero shoulder for cyclists. (Best to avoid that street altogether, if possible.)

Fortunately, a previous draft’s ban on “acrobatic, fancy or stunt riding” has been excised.

The latest draft still allows police officers to impound any bicycle that has been abandoned, with “abandoned” defined as any bike that “has been obviously discarded, left or deserted in the same place.”

Bikes cannot be left on private property without the owner’s consent, per the latest draft, and impounded bikes will rack up a daily fee of $10 up to a maximum of 10 days or $100, which must be paid before getting your bike back. Mills expects that the vast majority of bikes that get impounded will be stolen property. But the ordinance allows for an appeals process, which would be handled by the city engineer.

And it’s not just bikes. The ordinance would also apply to skateboards, scooters and in-line skates — all disallowed on sidewalks except in residential neighborhoods.

The first time someone gets busted under this ordinance he or she would be charged with an infraction, subject to a fine or community service. Subsequent offenses could land you another infraction or a misdemeanor at the discretion of the city attorney.

Knapp still has his doubts about whether the ordinance will accomplish what Mills hopes it will. He sees people on bikes breaking existing laws all the time, he said, and he can’t recall ever seeing one get busted. “I would be happy to see more enforcement,” he said. “But I don’t think he [Mills] has the manpower to go after them.”

Even if criminals on bikes do get busted, Knapp is skeptical about them paying any fines or serving any time. He’s annoyed by the revolving door at the county jail. “It’s a very difficult situation that we’re in, and it frustrates all of us law abiding citizens in this community,” Knapp said.

But at the meeting this afternoon Knapp stepped up to the lectern to voice his personal support for the ordinance, while cautioning that other cyclists may still object.

Bergel, who served on the Transportation Safety Commission before winning a seat on the city council last year, also urged the commission to move the ordinance forward. “It’s time to take that vote and make that happen,” she said.

After questioning Mills on some of the specifics, including the fines and enforcement measures, the commission voted unanimously to pass the measure.

Afterward, Mills stood from his seat in council chambers, walked over to Knapp, who was seated in the front row, and shook his hand.