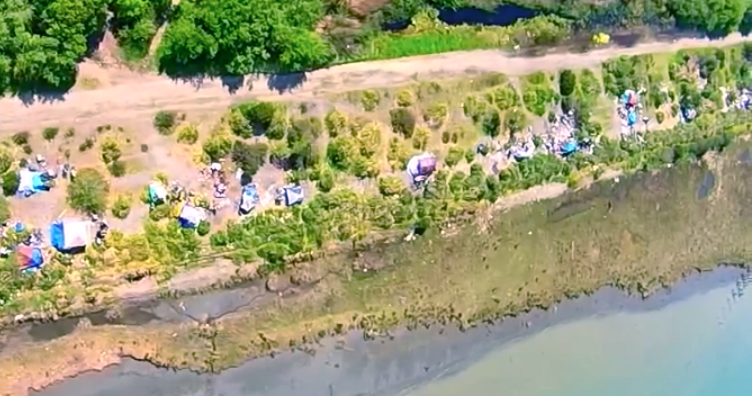 Want to see some aerial footage taken of the homeless encampment-cluttered strip of land behind Bayshore Mall? The Internet has come through for you today.

First time YouTube user “Aerial View” emailed LoCO this morning to let us know they’d posted drone-captured images taken a couple of days ago of many of the campsites near Devil’s Playground.

This may prove to be a unique historical document. LoCO‘s most recent visit to the area occurred last Wednesday when 27 people were arrested for myriad of offenses during the Eureka Police Department-led “Operation Safe Trails.” On that day, Chief Andy Mills announced at a press gathering that the area’s residents had been informed that EPD would return in two weeks to evict anyone remaining from the area. He estimated there are still well over 100 campers back there.

Will the coming evictions hold? Your speculation is welcomed below.