« Car on Fire on Safety Corridor 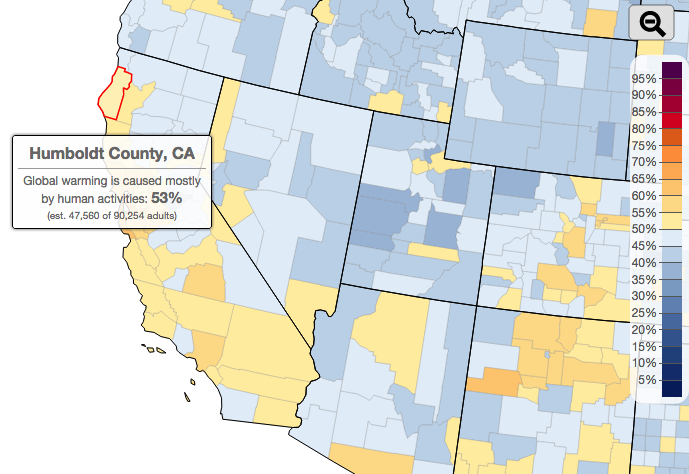 Only 53 percent of Humboldt County adults think global warming is mostly caused by human activities, according to new research from the Yale Project on Climate Change Communication. That’s just slightly above the national average of 48 percent.

The Yale research is based on data from more than 13,000 survey responses between 2008 and 2014. And the data have been organized into a snazzy interactive map that will leave you utterly despondent or hopping mad at the state of America’s scientific ignorance. Well, maybe 53 percent of you.

There’s more: Only half of Humboldt County residents believe that scientists think global warming is happening. That’s well above the national average of 41 percent. Check out this sea of soothing blue wrongness: 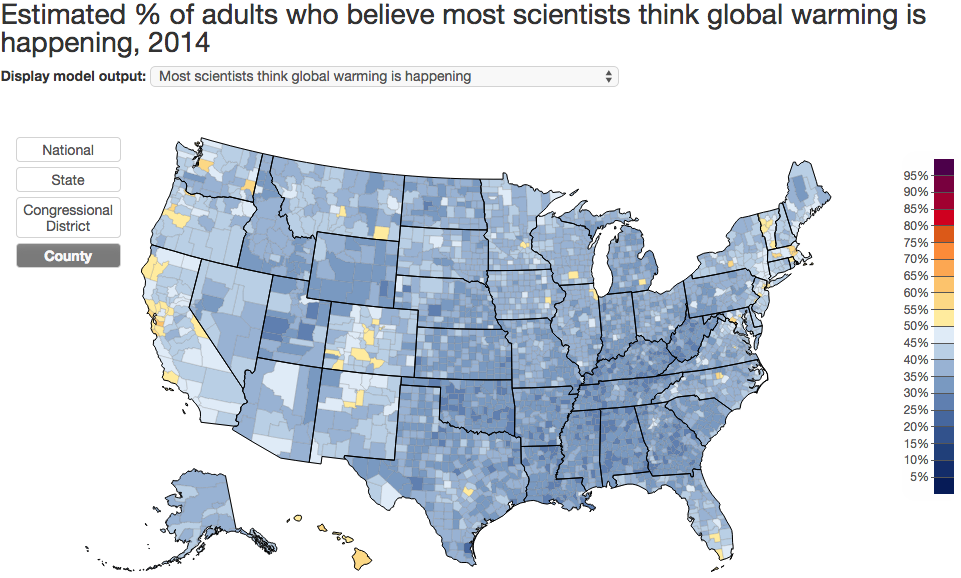 The reality, as researchers note, is that “nearly all climate scientists are convinced of this basic fact,” that human-caused climate change is happening. A research article exploring the widespread public misunderstanding of the scientific consensus notes:

Several methods have been used to estimate the extent of this agreement: both surveys of climate scientists and empirical reviews of the peer-reviewed literature estimate the consensus at approximately 97%, with some empirical literature reviews suggesting even higher levels of consensus.

Why don’t people know this is the case? You can probably guess.

Several explanations have been offered for why the public doesn’t know about the scientific consensus about human-caused climate change, including “false balance” in news coverage and organized efforts to create an illusion of scientific disagreement.