Your Week in Ocean: SCRAP Humboldt and A Scrapped Humboldt Bay Power Plant 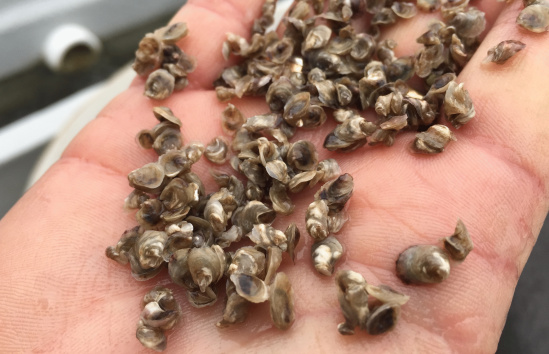 Here’s your ocean-related schedule for today:

2:30 p.m. Tune into KHUM 104.7 FM or khum.com for an interview with Tibora Girczyc-Blum, who will talk about SCRAP Humboldt‘s Rebel Craft Rumble. What has this to do with the ocean? Well, over 8 million tons of trash from land ends up in the ocean every year. One of the best ways to help stem the tide is to reuse – and creative reuse is what SCRAP Humboldt is all about.

If you’re unfamiliar with the Rebel Craft Rumble, know that it is inspired by creative competition-based TV shows – think Top Chef, or America’s Next Top Model. The event pits artists against each other in creative reuse-inspired crafty battles. Last year the event was sold-out and raised over $4,000 to fund education programs run by SCRAP Humboldt.

3 p.m. Check out live video of seabirds nesting at Castle Rock! In her Ocean Spaces blog post, Humboldt State University biologist Stephanie Schneider reminds us that live video of the island has been broadcast online since 2006, plus alerts us that the cameras will be removed for winter repair and that there “is no funding to support the installation of these cameras in 2016 and it is unknown whether monitoring can be continued, so enjoy views of the island while you can!”

The Castle Rock Refuge, about half a mile offshore from Crescent City, covers approximately 14 acres, rises steeply to 335 feet above sea level and is the second largest nesting seabird colony south of Alaska (after the Farallon Islands), estimated to host as many as 150,000 birds, including the largest population of Common Murres in California.

It’s also a marine protected area special closure, which means you must stay at least 300 feet away – using the camera is a great way to get up closer and more personal.

Representatives from PG&E will give an update on the decommissioning of the nuclear power plant that operated from 1963 to 1976 at King Salmon. Other topics include plans for final site restoration and info about the long-term storage of high-level radioactive waste.

More info via last week’s Coastal Currents and in the T-S.

”Surveying the Sea,” which tells how Humboldt State faculty and student researchers are working to establish a benchmark that will help determine whether California’s marine protected area program can safeguard the ocean’s bounty for the economic and recreational benefit of future generations. 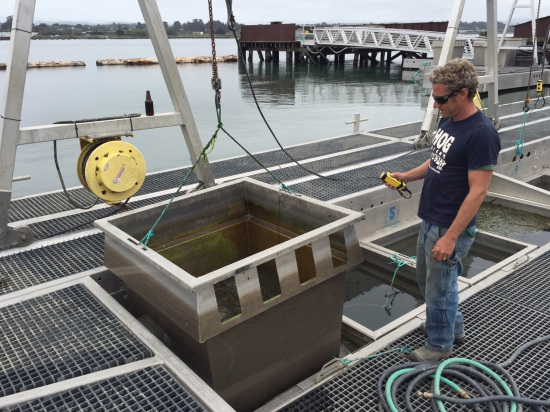 ”Oyster farmers worried as climate change lowers ph,” in which the SF Chron’s Lizzie Johnson delves into “the silent killer” that’s been “devastating California’s oyster industry” and looks at a collaboration between Hog Island Oyster Co. (co-located in Tomales and Humboldt bays) and UC Davis that “helped Hog Island prepare for future water conditions and allowed the university to conduct research on the link between climate change and acidification.”