In Which a Hunter Has a Very Bad Day in Eureka » 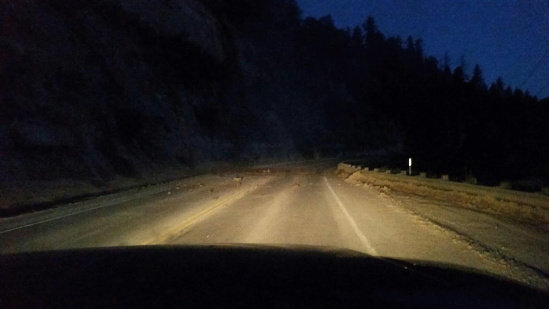 The beginning of the slide that has closed Redwood Drive. [Photo by Chris Harti.]

A rockfall has closed Redwood Drive between Garberville and Redway. According to Denton Carrick of Humboldt County Public Works, about 30 dump truck loads of dirt and rock have slid across the road. We’re going to shut it down til morning,” Carrick said. “It is not safe.”

Chris Harti who was driving through as the chunks of stone began coming down, described what happened. “We made it across the first rocks and a bunch more came down. It was coming down like a waterfall,” he explained.

After he got out of the way, he began flagging cars down. One fellow was too impatient. Harti said, “A Toyota truck guy kept going…He was trying to go and you could see his truck rocking pretty good. I think he made it across but I think he is going to regret it.” 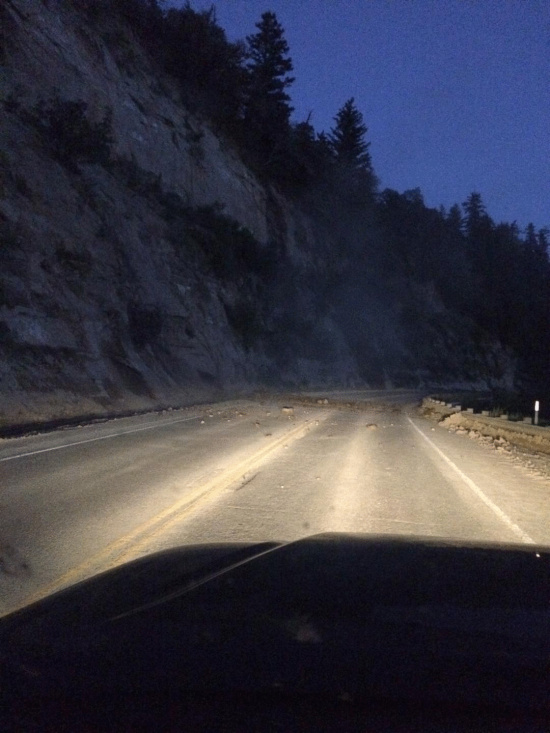